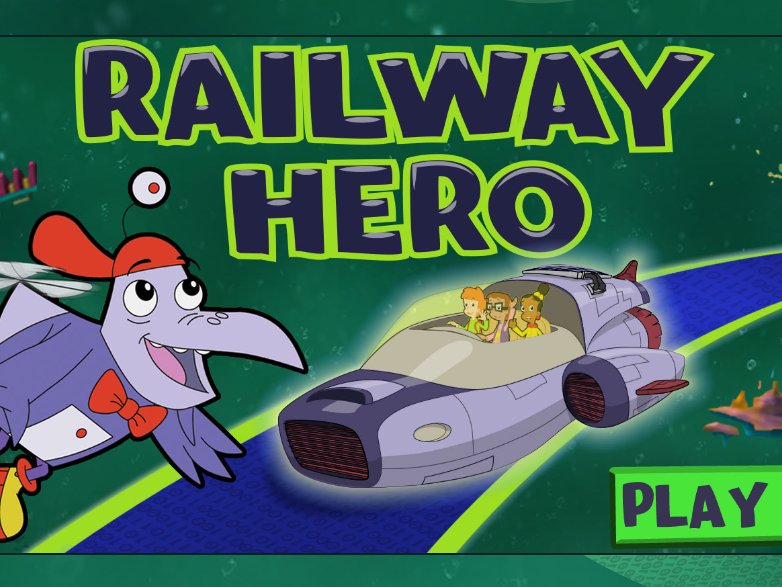 New York pubcaster WNET has created Railway Hero, a new accessible digital math game based on the PBS KIDS series Cyberchase. Designed specifically to incorporate accessibility features for children with physical and cognitive impairments, the game is free and available on the PBS KIDS Games app and at PBSKIDS.org.

It was produced by New York-based THIRTEEN Productions for parentco WNET in collaboration with NYC-based accessible media company Bridge Multimedia and developed by learning and entertainment developer Sudden Industries.

Aimed at kids ages six to eight, the game is designed using the “born accessible” approach to teach children with cognitive and physical disabilities about STEM. In the HTML5 game, players join the CyberSquad on a mission to repair the SuperRailway after pieces of its track were stolen by the villain Hacker. Similar to the characters’ mission in Cyberchase, players must use math and problem-solving strategies like counting, addition and spatial reasoning to save cyberspace from the Hacker.

Accessibility features within the game include customizable text size, color and contrast options; adjustable music, sound effects and voiceover levels; audio description and keyboard controls for users who are blind or visually impaired; captioning for users who are deaf or hard of hearing; and a variety of other cognitive features including in-game learning supports, caption controls and audio descriptions.

The Cyberchase series is produced by THIRTEEN for WNET and first aired on PBS KIDS in 2002. It is now in its 11th season, with the newest 20 x 30-minute episodes distributed internationally (outside of the US and Canada) by Toronto, Canada-based Portfolio Entertainment.