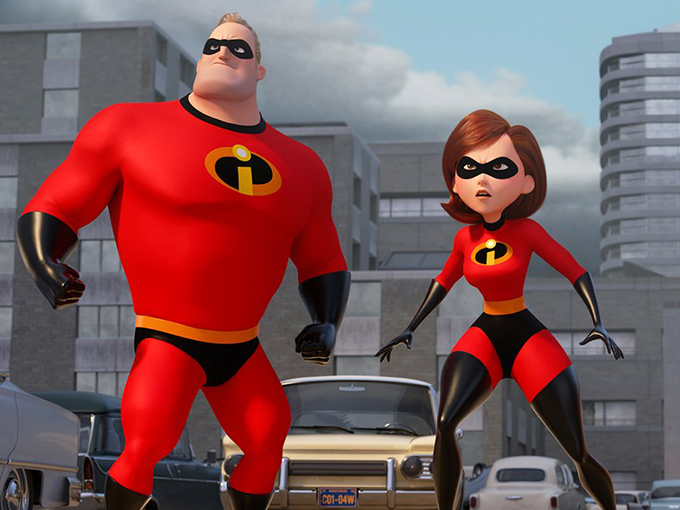 The House of Mouse falls short of Wall Street expectations as it prepares to enter the competitive SVOD space with its own direct-to-consumer streaming service.

Despite the box office success of Avengers: Infinity War and Incredibles 2 (pictured) lifting its Studio Entertainment division by 20% to US$2.9 billion, Disney missed Wall Street estimates in Q3 with earnings per share of US$1.87 on revenue of US$15.2 billion.

The company’s revenue for the quarter represented a 7% increase compared to Q3 2017 and follows a Q2 revenue jump of 21% driven by the success of Marvel Studios’ Black Panther. While the current quarter includes the ongoing performance of Black Panther and the release of Solo, it was Avengers: Infinity War and Incredibles 2 that were largely responsible for Disney’s higher domestic theatrical distribution results which, in turn, drove the company’s Studio Entertainment operating income up by 11% to US$708 million. The boost in operating income was also due to Disney’s worldwide TV/SVOD distribution results, which were partially offset by film costs related to animated films that will not be released and lower domestic home entertainment results.

Looking at Disney’s television business, its Cable Networks division continues to struggle with operating income falling 5% to US$1.4 billion and revenue up a modest 2% to US$4.2 billion. The operating income decline was largely due to continuing subscriber losses at Freeform, as well as losses at New York-based subsidiary BAMTech, which is in the midst of developing Disney’s upcoming family-focused SVOD service. (BAMTech also developed the ESPN+ streaming platform, which launched in April.)

On the streaming front, losses from Hulu were due to increased programming and labor costs, partially offset by growth in subscription and advertising revenue. Disney will become a 60% majority owner in the service pending the close of its Fox acquisition, which is expected early next year now that Disney and Fox shareholders have approved the US$71.3-billion merger.

In his analyst call following yesterday’s quarterly results, CEO Bob Iger said the company is “on track” to launch its new family-oriented SVOD app—which he referred to as “Disney Play”—near the end of 2019. He also said the launch will be “the biggest priority of the company in 2019.” To that end, Disney recently appointed its film marketing president Ricky Strauss to president of content and marketing for the upcoming platform. It was also revealed earlier this week in The New York Times that the service’s live-action Star Wars TV series could potentially cost US$100 million for 10 episodes.