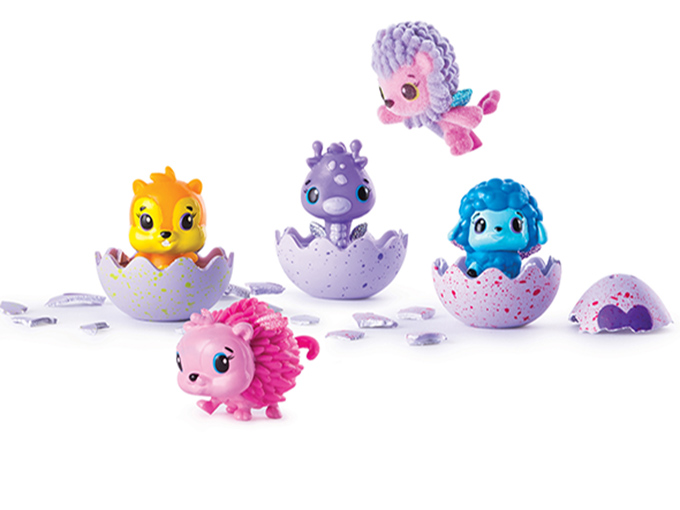 As other toycos attribute second quarter declines to the shuttering of Toys "R" Us, Spin Master reported a double-digit revenue increase in the same period.

Toronto-based toy and entertainment company Spin Master reported revenue of US$311.5 million in Q2 2018, an increase of 12.6% compared to the same period last year. Net income for the quarter, meanwhile, grew 21.7% to US$26.9 million due to higher gross profit and income from a successful legal settlement.

Spin Master’s overall gross product sales grew 4.6% to US$296.2 million in Q2, driven by Hatchimals Colleggtibles (pictured) and its Games & Puzzles segment. This growth was partially offset by declines in its Air Hogs and Zoomer brands.

The Activities, Games & Puzzles and Fun Furniture segment grew 49.1% to US$86.2 million due to strength in the Games portfolio (including Cardinal, Marbles, Gund and Cool Maker). There was also growth in the Boys Action and High-Tech Construction segment, which increased 20.5% to US$21.2 million. Growth in Boys Action and High-Tech Construction was primarily driven by Tech Deck, Boxer and discontinued Star Wars products.

It’s not all sunny skies for the toyco, however, as Spin Master did see declines across its Remote Control and Interactive Characters segment (down 18.7% to US$68.3 million), its Preschool and Girls segment (down 3.1% to US$87.4 million) and its Outdoor segment (down 1.5% to US$33.1 million). The Remote Control and Interactive Characters segment saw declines in its Hatchimals, Air Hogs and Zoomer brands while the Preschool and Girls segment declined due to lower sales of PAW Patrol, Zhu Zhu Pets and Chubby Puppies.

The Other Revenue segment for Q2 2018, meanwhile, was US$33.1 million (up 88.4% from the same period last year). This segment reflects merchandising royalty and TV distribution income from products marketed to third parties using Spin Master’s owned IP, as well as app revenue from Toca Boca and Sago Mini.

Spin Master’s second quarter results come as fellow toycos—including Hasbro, Mattel and Jakks Pacific—are reporting losses attributed to the shuttering of TRU. Spin Master, however, continues to report growth with record first quarter revenue to the tune of US$285.7 million (up 25.5%) following a strong fiscal 2017.

Moving forward, the toyco plans to continue its global expansion and will sell directly to retailers in Russia, Switzerland, Austria and Greece in 2019.