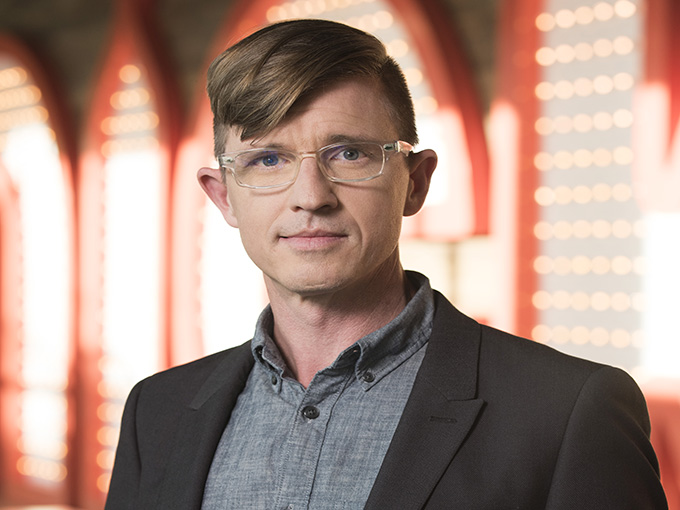 Created by the head of Nick's Entertainment Lab, Chris Young (pictured), Meet the Voxels is the net's first series made with real-time animation technology.

Nickelodeon is developing Meet the Voxels (working title), an original virtual and augmented reality series and the net’s first show made with virtual cinema technology, including real-time full body and facial performance capture.

Created by Chris Young, head of the kidsnet’s emerging tech division Entertainment Lab, the animated sitcom immerses kids in a video game world and follows a cast of video game characters called the Voxels. The family members (all names working titles) include 13-year-old laser-tag star, Hunter, his older teenage sister and bubble-popping pro, Maude, and their younger brother Cody, who is still honing his gaming skills. Mom, on the other hand, is a popular street-fighting game character while Dad is a former ’90s-era classic console game figure.

Jana Petrosini and Sean Gill (Henry Danger, Kid Danger and Game Shakers) are writing the show’s pilot episode. Using a next-gen animation workflow from day one, the series is being developed to air across multiple platforms including Nick channels worldwide.

Young, meanwhile, is expected to steer a bigger slate of animated projects to be announced in the coming months beyond this project.

Since launching in May 2017, Nickelodeon Entertainment Lab has delivered a trio of tech-based storytelling projects. The first project, SlimeZone, is the kidsnet’s first multi-player VR experience that lets kids watch cartoons, play games and slime their friends inside a branded virtual reality world. Nick recently partnered with IMAX to bring the experience exclusively to IMAX VR centers in LA, New York, Toronto, Shanghai, Bangkok and Manchester.

Another one of its tech-based storytelling projects is The Loud House 360, an original online video that immerses viewers in the lives of the Loud family from Nick’s hit series of the same name. Finally, for the Lab’s Rise of the Teenage Mutant Ninja Turtles VR project, the experience debuted at this year’s San Diego Comic Con and took users deep into the Turtles’ New York City setting and allowed them to have conversations with Mikey or Donnie, who were voiced on-scene by the show’s character actors.

On the AR front, Nick also recently launched a new augmented reality update for its top mobile gaming app, Sky Whale. The update followed the release of Nick’s Do Not Touch AR app for iOS devices.