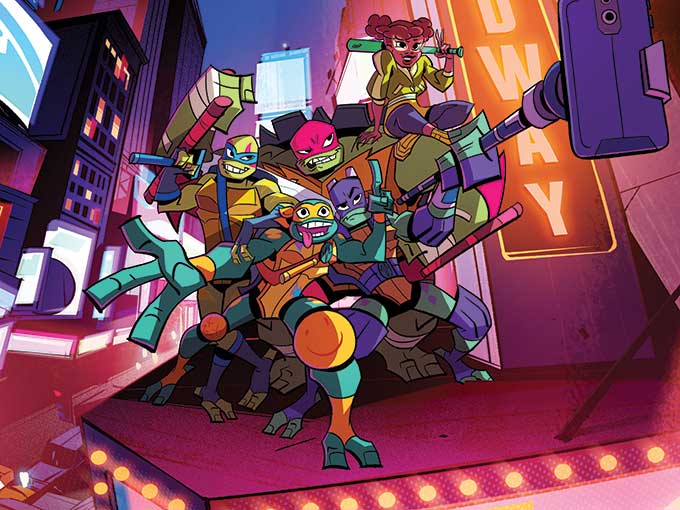 The kidcaster will launch its new Rise of the Teenage Mutant Ninja Turtles animated series on September 17 in the US before rolling it out to more than 170 territories.

Kicking the series back onto the small screen, Nickelodeon is going to debut its new animated original series Rise of the Teenage Mutant Ninja Turtles in the US on September 17.

The show will then roll out across the kidcaster’s channels and branded block in more than 170 countries and territories, starting with the UK on September 22 on Nicktoons and Channel 5.

There will be a sneak peak of the first episode tonight on Nickelodeon and additional episodes will be available on the Nick App, Nick.com and Nick On Demand.

First announced during Nick’s upfronts in 2017, the action-comedy series follows a band of turtle brothers who discover new powers and fight crime underneath the streets of New York City.

Teenage Mutant Ninja Turtles was introduced as a TV series in the 1980s after it debuted as a comic book series created by Kevin Eastman and Peter Laird. It has spawned several animated TV series, a live-action TV series and four theatrical releases.