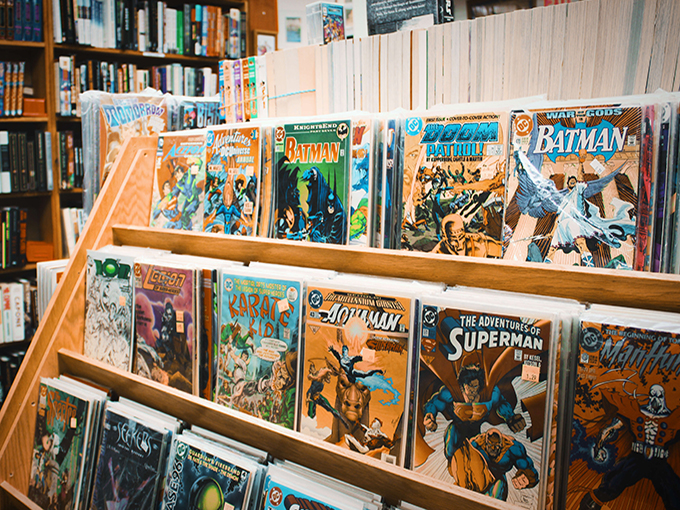 Sales of comics and graphic novels fell 6.5% to US$1.01 billion last year, but kids titles are expected to lead to growth in 2018.

Sales of comics and graphic novels in the US and Canada declined 6.5% to US$1.01 billion in 2017, according to new data from comic book sales repository Comichron and industry source ICv2. The decline follows several years of growth.

Graphic novels accounted for the biggest piece of the pie at US$570 million (down from US$590 million last year). Comic books, meanwhile, posted sales of US$355 million in fiscal 2017 (down from US$405 million in 2016), and digital comics stayed steady at US$90 million.

Looking at where comics and graphic novels are sold, comic stores accounted for US$515 million in sales (a decrease from 2016), while book channels and digital downloads remained relatively steady at US$400 million and US$90 million, respectively.

The most significant year-over-year declines happened in Q3 According to Comichron and ICv2, softness in the market throughout 2017 can be attributed to cyclical change, and data shows growth across the category in spring 2018. In particular, the growing market for kids titles is expected to lead to increases moving forward.

Comichron/ICv2 print figures are calculated based on the full retail price and do not account for discounting or markup. Additionally, digital sales do not include subscription or “all you can read” services.

In 2016, the market grew by 5%, driven by growth in the overall book channel and a larger kids and female audience. Total comics and graphic novel sales in the US and Canada reached US$1.1 billion that year, an increase of US$55 million versus 2015.

Earlier this year, Toronto’s Portfolio Entertainment secured a deal with Blue Dream Studios founder Scott Christian Sava to adapt his all-ages graphic novel Pet Robots into an animated TV series for six- to nine-year-olds. Disney Junior is also trying to capitalize on the comic book trend with its new animated series The Rocketeer, based on Dave Stevens’ popular comic book series of the same name.