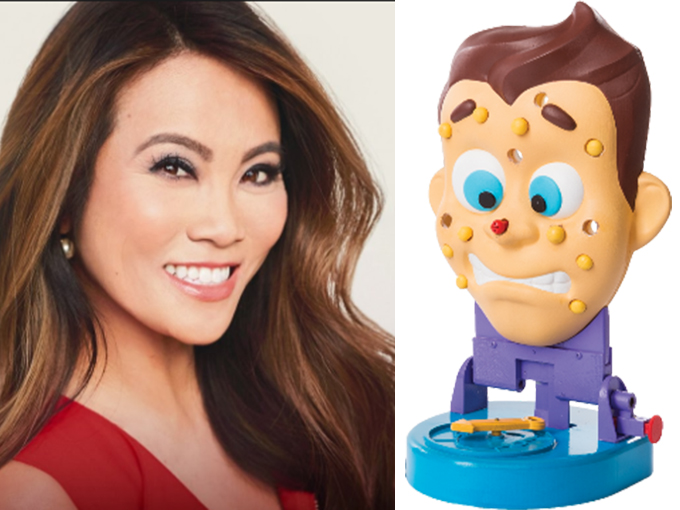 Spin Master is getting gross with dermatologist Sandra Lee, known as Dr. Pimple Popper. The Toronto, Canada-based toy and entertainment company is partnering with the viral social media star to showcase its new game Pimple Pete, in which players take turns popping Pete’s pimples, and try to avoid erupting the “mega-zit.”

Lee has nearly three million followers on Instagram, where she posts viral videos of pimple extractions. Her series Dr. Pimple Popper premiered on TLC on July 11.

This isn’t the first time Spin Master has messed around in gross-out territory. Earlier this year, the company expanded its collectibles offering with the toilet-themed line Flush Force, which features 150 different creatures from Flushville, that have been mutated by toxic sludge. To reveal if a character is common, rare or ultra-rare, kids must fill the toilet’s tank with water, shake it up and peel away the seat cover.