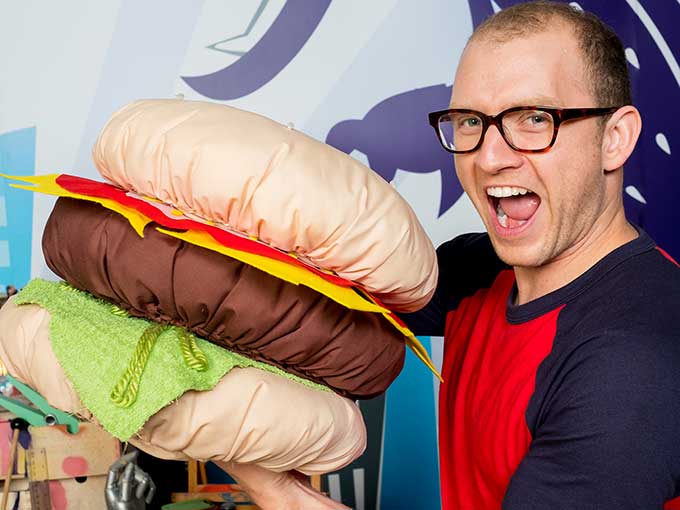 BBC’s tweencaster has commissioned a fifth season of Dot to Dot Productions' art show, set to air in winter 2018/2019.

British kidcaster CBBC has ordered a fifth season of Dot to Dot Productions, Art Ninja, set to air in winter 2018/2019. The London-based prodco is creating 15 x 20-minute new episodes for the channel, building on the previous four seasons.

Aimed at six- to 12-year-olds, the series follows real-life animator Ricky Martin as he goes on adventures to inspire kids to pick up paints, pens and pixels and create art. Every episode concludes with Ricky creating a giant piece of art, such as pictures made of slime, hair and other unusual materials.

It was commissioned by Cheryl Taylor for CBBC, and will be executive produced by Hugh Lawton for CBBC and Jo Killingley for Dot to Dot. Richard Hunt serves as the series producer.

London-based prodco Serious Lunch acquired the international series and format rights to the series back in 2015, with the aim of producing local versions for other markets worldwide.

CBBC, meanwhile, commissioned a raft of content this past week, including a new sitcom called School Bus, a talent search show entitled Can You Kick It? and the digital-first series Boggled for CBBC iPlayer.