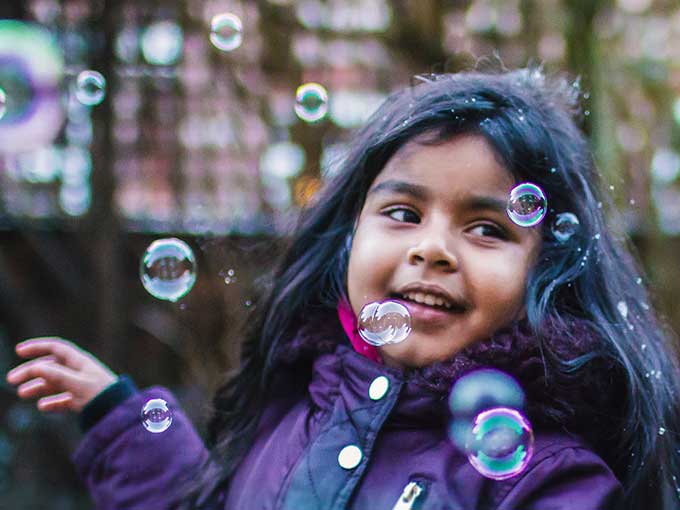 Why CBeebies is slowing things down with Daydreams

Rob Jenkinson, exec producer of Daydreams, talks about the first slow TV show for kids, and why the concept could catch on.

CBeebies’ new program Daydreams arrived on the scene not with a bang but with the soothing sound of rain and the dulcet vocal tones of narrator Olivia Colman (Broadchurch). The recently launched 60-minute iPlayer video is the first time a traditional broadcaster has taken on the concept of “slow TV” for kids.

“It was all about celebrating the fine detail of the world. To be able to hold a shot for a long period of time, like water falling over an umbrella, and really focusing on the detail of how amazing that is and how amazing the world is,” Rob Jenkinson, executive producer of Daydreams, says of slow TV.

The Norwegian Broadcasting Company (NRK) first brought the genre of slow TV to the masses in 2009 with little fanfare. It soon became a national phenomenon of hypnotic binge-watching, with a lineup that included a four-hour National Knitting Evening, a six-hour National Firewood Night and the pièce de résistance: seven hours of unedited footage from a train-mounted camera in Train Ride: Bergen to Oslo. Netflix hopped aboard the concept when it picked up several of NRK’s programs—including the train journey—for international distribution.

CBeebies has now taken that format and revamped it for toddlers ages one to four. Commissioned by, then controller of CBeebies, Kay Benbow, and executive produced by Jenkinson and Charlotte Bushell, Daydreams features mellow, ambient music created by Tom Jenkinson (no relation to the former), who is ironically best known for composing jazzy, hyperactive electronic beats as Squarepusher.

This child-friendly take on slow TV is a bit more enigmatic than a single seven-hour train journey, and is instead meant to mimic a two-year-old’s vision of the world. It goes through images of the classical elements—earth, water, air and light—incorporating subdued music and narration throughout.

“We were responding to an apparent need—parents are searching for calming music and lullabies,” says Jenkinson. “People are obviously consuming media this way, so we wanted to give them something different, but something that can still fit within that world.”

Jenkinson got involved in the project after CBeebies’ development team came up with the idea, following demand from parents for programming that helped kids to wind down. The project attracted him because it was so unique, and he felt like he couldn’t pass up an opportunity to make something that had never been done.

Initially, the content was meant to run during CBeebies’ bedtime hour, but ironically, the pubcaster decided Daydreams was actually too slow for TV. This led to a compromise of putting it on BBC’s on-demand platform iPlayer (which does not publicly announce viewership numbers) and internationally on YouTube, where it has so far racked up 48,000 views.

“You can watch it anytime, anywhere, in any house,” says Jenkinson. “Lots of people have said it’s great for long journeys on the plane or the train.”

As of right now there are no plans to have the content air on linear TV. And while Jenkinson says he hasn’t officially been commissioned to create more episodes yet, he is keen to create some during the warmer months, since the original was filmed in the wintertime.

“That’s obviously a tough time to film anything, so I would love to do another one in the summer,” says Jenkinson. “We’d love to maybe try to get some different emotions across in there as well.”

With this project, CBeebies is stepping into relatively uncharted territory in children’s TV. And while Daydreams has not been a blockbuster success, Jenkinson still sees something special in it and believes the concept will take off with kids.

“It’s always been a bit of an experiment, so we’re waiting to see how it does. We always thought it was going to be a bit of a slow burn, because you just watch it at the end of the day when you feel a bit quieter. It’s not like watching a music video or seeing the CBeebies songs which you watch again and again,” says Jenkinson. “It’s a really beautiful piece and there are no graphics in it, other than the title. It’s all natural and it’s a great way to show the beauty of the world.”