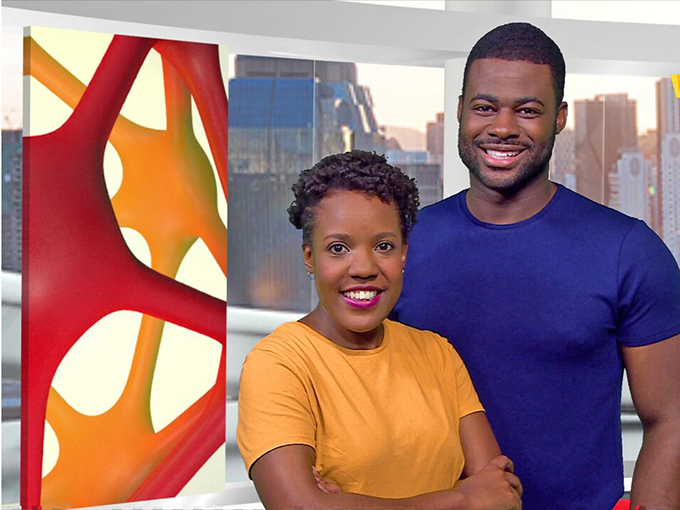 The news organization wants to engage young viewers in Africa and around the world with its weekly news show, titled What's New?

BBC News is bringing a weekly news show to young people across Africa starting June 23. What’s New?, which is aimed at 11- to 16-year-olds, aims to be fun and entertaining while keeping kids informed on what’s happening in Africa and around the world.

What’s New? is available via broadcasters including KTN (Kenya), LNTV (Liberia), One Africa TV (Namibia), ABS Anambra and Silverbird Television (Nigeria), SLBC TV (Sierra Leone), NBS (Uganda). Viewers worldwide will also be able to view What’s New? on YouTube. Currently, the show is only available in English, but may be launching into other languages in the future.

Reporters Debula Kemoli and Ben Hunte serve as co-presenters for the half-hour show, which will be presented from a virtual studio.

What’s New? will include three regular segments each week. The segment titled Behind the Headlines will explain popular news stories of the day using graphics and films. The Big Interview segment will feature interviews with musicians, artists, authors, celebrities and other newsmakers in Africa. Young people will also have a chance to share their own stories about their lives, school and pastimes in the My Story segment.

The show will also include specially commissioned features, including a Fake News and Reality Check for Kids segment that aims to help audiences distinguish between trustworthy facts and misleading content. A regular series called The Conversation will see  groups of young people exploring topics that they may find difficult to discuss with adults.