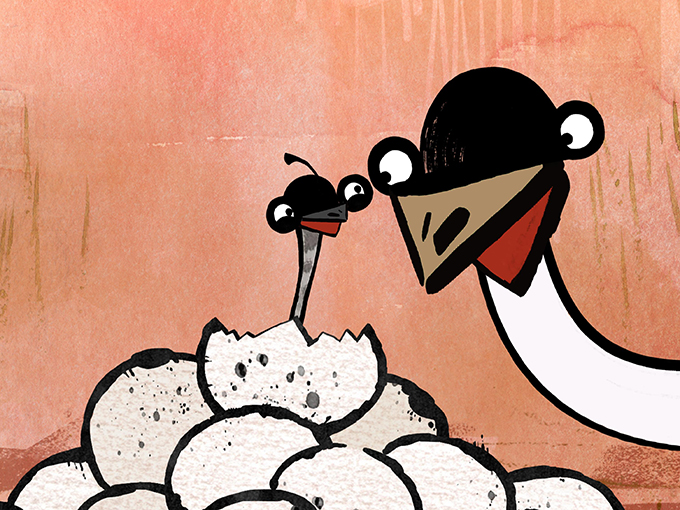 New kids content to make up half the projects presented at the 29th annual European pitch fest, where Finland will be recognized for its thriving animation industry.

Taking place in Toulouse, France from September 10 to 13, this year’s Cartoon Forum will feature projects from 21 countries including France, Canada, Korea, Serbia, Norway, Ukraine, Austria, Poland and for the first time, Cyprus.

Following Ireland as the Forum’s inaugural spotlight country in 2016 and last year’s selection of Poland, Finland will be recognized this year as having grown a successful animation industry buoyed by strong international co-productions, a 25% cash rebate and popular world-class IP, including Moomins and Angry Birds.

The country will present three projects this year, including Harry and Bip – Summer Season by Ink and Light, Momolu and Friends by Kaiken Entertainment and One Thousand and One Animals (pictured) by Haruworks, a new startup founded by Rovio’s former animation boss Nick Dorra.

All of the projects at Cartoon Forum, representing approximately 513 hours of animation, will be pitched to potential co-producers, buyers and investors.

France will pitch the most projects this year with 28, followed by the UK with nine and Germany with eight. Both the UK and Germany have significantly increased their presence this year, having pitched four and three projects respectively in 2017. Rounding out the pitch count, Belgium will present seven projects while Spain will introduce six. Interestingly, Ireland will only present a pair of projects after offering up nine last year.

In addition, the extension of the event’s collaboration with Canada and South Korea during its Cartoon Connection events will see two Canadian projects and one Korean project presented. Canada, in fact, is the Forum’s main co-production partner this year with five additional co-pro projects with France, Italy, Norway and Ukraine.

Tufo by Les Contes Modernes (France and Italy) and Mum is Pouring Rain by Laïdak Films (France) were also selected for Cartoon Forum after being pitched at Cartoon Springboard 2017.