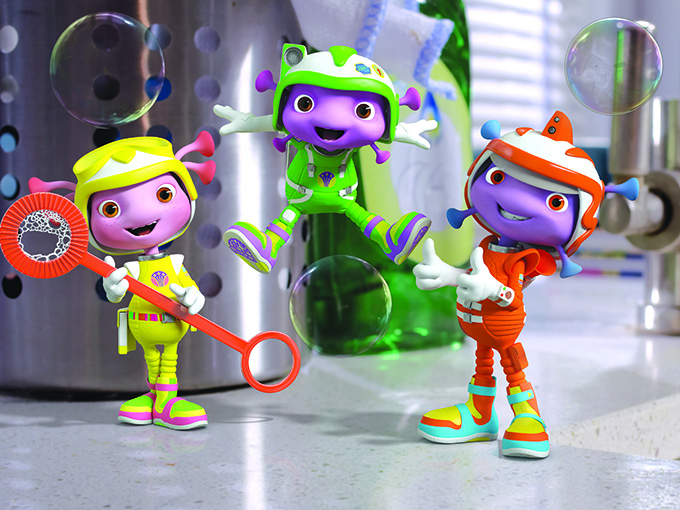 Aimed at kids ages two to 12, the 52 x 11-minute CGI/live-action series follows a pocket-sized group of aliens who head to Earth on a mission of discovery and learning. It was first produced in 2014 in the UK by The Foundation, part of the Banijay Group, and is co-produced by Nevision, Zodiak Kids Studios and Universal Kids with UK special effects studio Jellyfish Pictures.

Ahead of the new season, on June 25, Milkshake! will be airing a British-voiced version of season two.

Floogals is one of the top-ten rated shows on Universal Kids in the US and the UK, and it continues to gain popularity online, having garnered more than 48 million YouTube views in 2017.