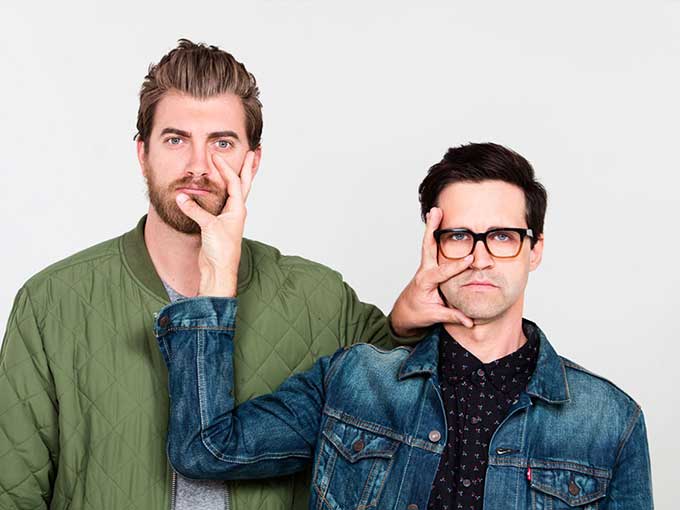 The toyco has signed a multi-year deal with comedy YouTubers Rhett & Link to create new games.

Rhode Island-based toy company Hasbro has entered into a multi-year relationship with YouTubers Rhett & Link to create games that will start being released this year. The deal includes co-developing and promoting new games as well as partnering on events and more.

Hasbro and the duo are planning to launch the new games on Good Mythical Morning, their popular comedy series which has amassed 13.7 million subscribers and more than four billion overall views.

Kicking things off, Hasbro and Rhett & Link will be launching several surprises at VidCon in Anaheim, California next week.

Beyond GMM the pair have another channel, Rhett & Link, which has racked up 784 million views and boasts 4.4 million subscribers despite the fact that they have not posted new content in months. They also have a top-20 podcast entitled Ear Biscuits and a New York Times bestselling book Rhett and Link’s Book of Mythically: A Field guide to Curiosity, Creativity and Tomfoolery.

Hasbro certainly isn’t the first toyco to capitalize on the popularity of YouTubers, with Mattel announcing that it was going to double down on influencer campaigns this past year including upping its marketing spend and original content output. Additionally, kids content startup Pocket.watch has teamed up with incredibly popular YouTube channel Ryan Toys Review for a multiplatform franchise development plan that spans publishing, licensing, original programming and merchandising.