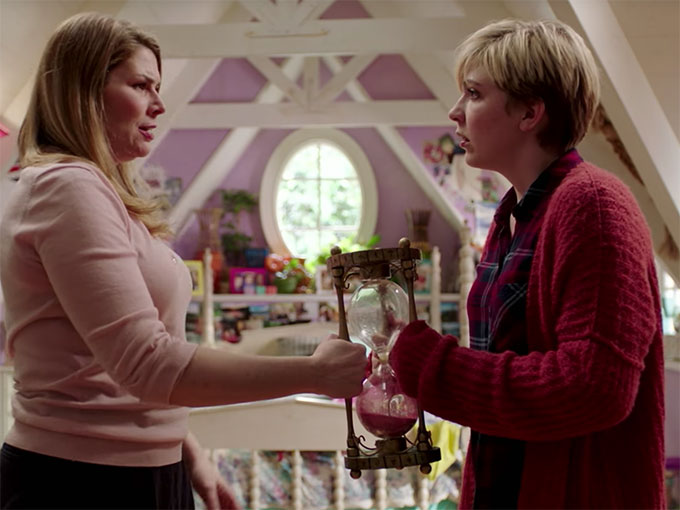 Putting a contemporary spin on the classic mother-daughter tale, Disney will premiere a rebooted musical version of the movie on August 10.

Disney has rebooted the movie, based on the 1972 Mary Rodgers novel of the same name, several times. It was first released in 1976 starring Barbara Harris and Jodie Foster, then relaunched as a TV movie in 1995 followed by a theatrical reboot in 2003 produced by Walt Disney Pictures and Buena Vista Pictures and starring Lindsay Lohan and Jamie Lee Curtis. It was then developed into an original stage musical, which is what this newest Disney Channel reboot will be adapting.

Eight songs from the stage production and two new songs, including one written by Cozi Zuehlsdorff (Dolphin Tale), are featured in the film. Brian Yorkey penned the lyrics, Tom Kitt (If, Then and Next to Normal) wrote the music and David Lawrence (High School Musical) composed the score.

The film follows Katherine Blake, a busy mother who runs her own catering company and struggles to understand her 16-year-old daughter Ellie. Asserting her independence and coping with her father’s death, Ellie fights with her mom and eventually shatters a magical hourglass which causes the mother and daughter to swap bodies for a day.

Freaky Friday is directed by Steve Carr (Daddy Daycare) and executive produced by Disney Theatrical Productions president and producer Thomas Schumacher (The Lion King on Broadway), along with Carr and Susan Cartsonis (What Women Want). John Carrafa (Into the Woods) serves as choreographer, Perry Andelin Blake (The Wedding Singer) is the production designer and Angus Strathie (Deadpool) is the costume designer.

Also on August 10, Walt Disney Records is releasing the Freaky Friday soundtrack available in both digital and physical formats. Freaky Friday is part of Disney’s GO! Summer Campaign, which kicked off on May 12 and features a summer programming lineup of shows including DuckTales, Stuck in the Middle and Andi Mack.