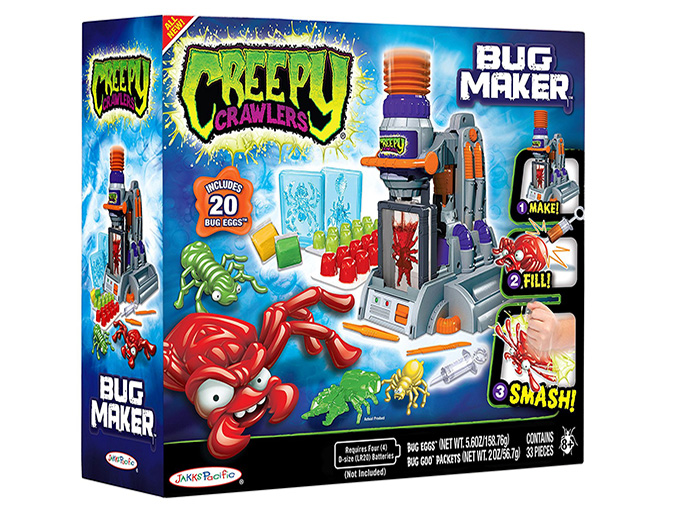 Jakks Pacific will work with Paramount Players to create a family-friendly movie inspired by the toy brand.

California-based toymaker Jakks Pacific is partnering with Paramount Players on a film inspired by its Creepy Crawlers brand. Paramount Players, a division of Viacom’s Paramount Pictures Corporation, announced its plans for the studio to acquire the feature film rights for the toy brand.

Neal H. Moritz is set to produce the movie with Marc Gurvitz, while Toby Ascher and Jakks CEO Stephen Berman will serve as executive producers. Ali Bell and Royce Reeves-Darby, meanwhile, will oversee the film for Paramount Players.

Production on the movie—which Jakks envisions as a family-focused adventure film—is subject to the conclusion of the parties’ production agreements.

Originally developed in the 1960s, the Creepy Crawlers range allows children to create insects using goo and an injection molding system. Kids can create bugs in various stages of development, from eggs to fully formed creatures.

The partnership with Paramount follows a drop in Q1 net sales for Jakks, with the toymaker reporting net sales of US$93 million for the first quarter of 2018 (compared to US$94.5 million in 2017).

The toy-focused film also comes as companies continue to grow their consumer products-driven content offerings. STX Entertainment is expanding the UglyDolls brand with a feature film and an animated series, while Mattel recently tapped ex-Maker Studios exec Ynon Kreiz as its new CEO. At the time of the appointment, toy industry analyst and TTPM content director Chris Byrne told Kidscreen that Kreiz’s entertainment and marketing experience is a strong match for the current climate in the toy industry.