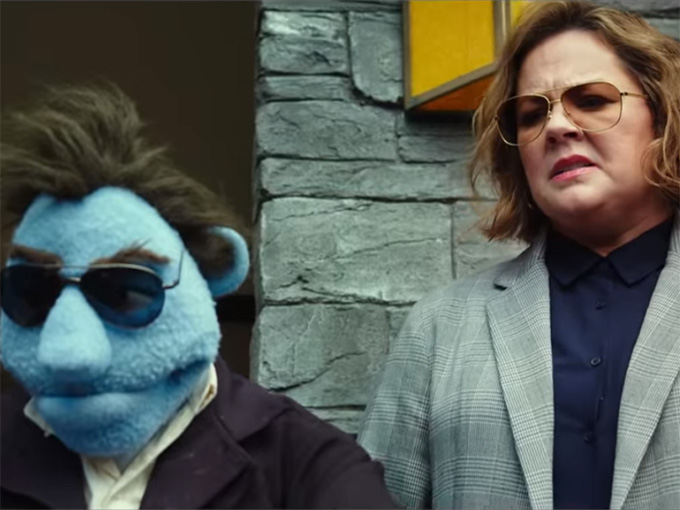 The nonprofit organization filed a suit against STX Entertainment alleging marketing for the film The Happytime Murders is damaging the Sesame brand.

Sesame Workshop has filed a suit against STX Entertainment alleging the marketing for STX’s upcoming adult-focused film The Happytime Murders is doing irreparable damage to the Sesame brand. The nonprofit organization behind Sesame Street alleges that STX’s use of the tagline “No Sesame. All Street.” in its marketing for the film infringes on Sesame’s federal, state and common law intellectual property rights.

The Happytime Murders takes place in a version of Los Angeles where people and puppets coexist, and stars Melissa McCarthy as a detective working to solve the murders of the former cast of a classic puppet television show. Filed in New York, Sesame’s suit alleges that STX is invoking Sesame Street in connection to its film—which features violent and sexual content—in a deliberate effort to confuse consumers into mistakenly believing that Sesame is associated with or has endorsed the movie. As a result, Sesame Workshop is seeking an injunction to force STX to cease and desist in invoking Sesame Street in relation to The Happytime Murders.

“We were surprised and disappointed that Sesame Street, a show dedicated to educating young children, is being exploited to market this R-rated film,” Sesame Workshop said in a statement. “We immediately contacted the film’s distributor, STX Films, and requested that they remove our name from the film’s marketing. They declined to do so. We take no issue with the creative freedom of the filmmakers and their right to make and promote this film, rather this is about how our name is being misused to market a film with which we have no association.”

The Happytime Murders is directed by Brian Henson, son of the late Jim Henson, and IMDb lists The Jim Henson Company as a producer of the film. Jim Henson helped develop Sesame Street characters before launching The Muppet Show in 1976 and, in 2001, conveyed to Sesame the copyright ownership for the Muppets of Sesame Street as well as a grant of rights to use the Muppet mark in connection with Sesame Street.

STX Entertainment responded to the suit with a statement attributed to Fred, Esq., a puppet. “STX loved the idea of working closely with Brian Henson and the Jim Henson Company to tell the untold story of the active lives of Henson puppets when they’re not performing in front of children,” the statement read in part. “While we’re disappointed that Sesame Street does not share in the fun, we are confident in our legal position.”