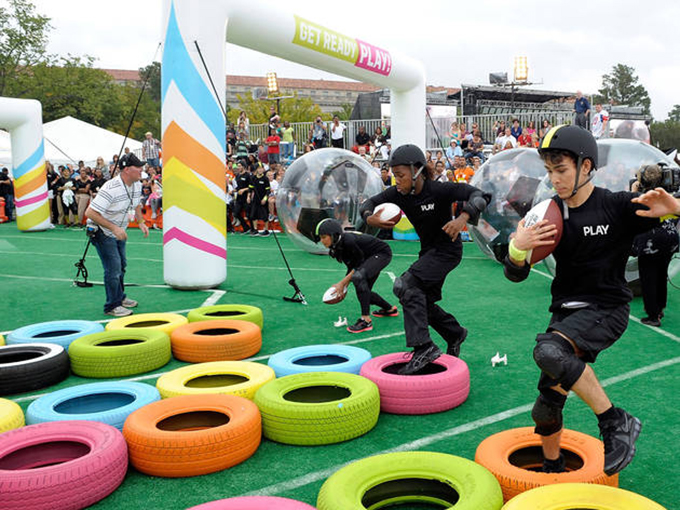 Nick to suspend programming for Day of Play

The kidcaster will switch off the TV on September 29 to get kids outside, while partnering with youth orgs on activities across the US this summer.

In an effort to encourage kids to get outside and be active, Nickelodeon is launching its 15th annual Worldwide Day of Play (WWDoP) on Saturday, September 29. Together with Nick Jr., Nicktoons, TeenNick and NickMusic, Nick will suspend programming from 12 p.m. to 3 p.m. EST/PST and instead host activities with partners across the US.

Leading up to the switch-off, the network will also tour Nick-themed games and costumed characters to kid-friendly venues, organizations and events throughout the summer, including a Super Slime obstacle course, bowling and a slime booth.

The cross-country US tour kicks off in Phoenix, Arizona on May 24 at the Children’s Museum of Phoenix, followed by St. Louis, Missouri on June 21 when Nick will partner with The Magic House children’s museum for an event celebrating the first day of summer. On August 19 in Pittsburgh, Pennsylvania, the kidcaster will head to Heinz Field for the Pittsburgh Steelers Family Fest. Then, on September 8, the tour will head to Oakland, California for an event in partnership with After-School All-Stars, the Oakland Athletics and the Oakland A’s Community Fund. It will close things out on September 15 in Brooklyn, N.Y.  by teaming up with the Big Brothers Big Sisters of New York City’s Race for the Kids charity run.

The announcement follows the recent renewal of four of its top-ranked preschool programs, PAW Patrol, Blaze and the Monster Machines, Rusty Rivets and Top Wing.