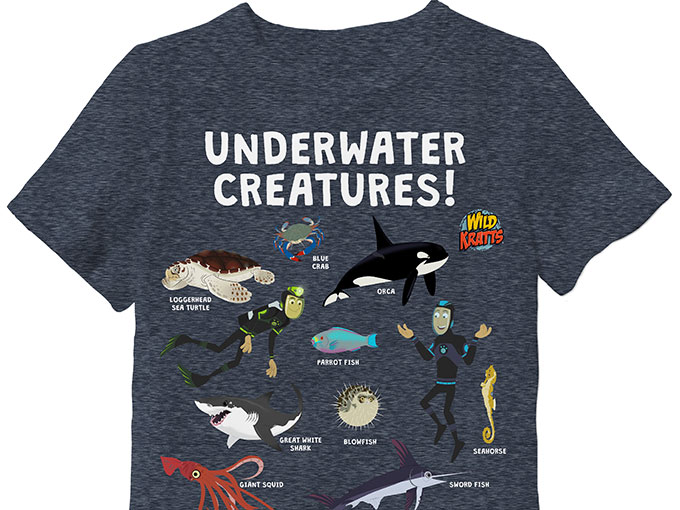 The Kratt Brothers Company and the US retailer will launch a new apparel line inspired by the PBS KIDS animated series.

Available at US Old Navy stores this September, the collection will include short-sleeved boys t-shirts. It will expand to Canada at a later date, followed by additional territories and e-commerce.

In more licensing news, The Kratt Brothers Company has also renewed its multi-year partnerships with licensees Wicked Cool Toys, Pressman and Whole Foods Market. Wicked Cool Toys will continue to expand its Wild Kratts line in the US and Canada with four new products, while Pressman will bolster its offerings with additional puzzles and games. Whole Foods will also launch new branded products this year.

The announcement comes as PBS KIDS prepares to bring the Wild Kratts characters back to the live stage in Wild Kratts Live 2.0 - Activate Creature Power this fall. The original Wild Kratts Live show launched in 2014 and toured in more than 135 North American cities.