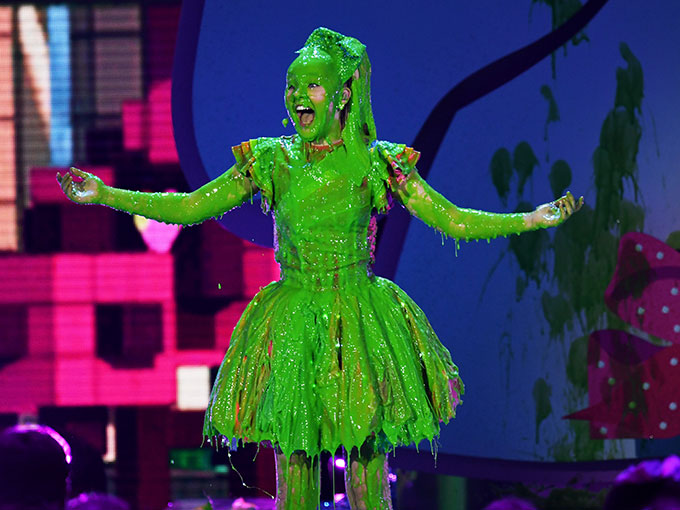 Popular kids brands including Nickelodeon, Sesame Street, Star Wars and Crayola rose to the top at last night's LIMA International Licensing Awards, and the wins follow a 3.3% rise in global revenue from licensed goods and services in 2017.

After topping LIMA’s 2018 International Licensing Awards nominations with five nods, Nickelodeon snapped up a pair of wins at last night’s ceremony in Las Vegas—but the breadth of different winners at this year’s event is telling in how diverse the global licensing market has become.

This year’s winners within the kids entertainment space include:

Licensed Promotion: Masters of the Universe and Dirty Dancing (Mattel and Lionsgate/Born Licensing)

Toys/Games/Novelties/Role-Play (13 plus): The LEGO Group for LEGO Star Wars BB-8

This year’s winners’ circle comes as global revenue from licensed goods and services grew by 3.3% to US$271.6 billion in 2017, according to LIMA’s newly released Annual Global Licensing Industry Survey. The Entertainment/Character category continues to lead the way, accounting for US$121.5 billion, or 44.7% of the total global licensing market. In terms of royalties from sales of licensed merchandise and services, revenue increased by 2.6% to US$14.5 billion.

After the Entertainment/Character category, the second-largest industry segment, Corporate Trademarks, generated US$55.8 billion at retail for 20.5% of total revenue. The Fashion and Sports segments were the third- and fourth-largest in the market with US$32.1 billion and $26.5 billion in revenue, respectively.

Among product categories, Apparel, Toys and Fashion Accessories continues to comprise the largest share of the business, while Home-related categories, Infant and Video Games/Software/Apps all delivered higher growth than the overall 2017 average. In addition, rising sales in the Music and Celebrity categories were driven by more social media influencers building their own brands, while publishing-based properties and art licensing saw some of the biggest growth (despite having smaller roles in the overall business).

Geographically, the US and Canada remained the largest global market for licensed products last year, representing a 58% share. And of all worldwide regions, North Asia and LatAm were the fastest-growing with 6.2% and 7.6% year-on-year growth, respectively, driven by higher revenue in China, Hong Kong, Japan and Brazil.

Further excerpts from the LIMA Annual Global Licensing Survey will be published in future issues of LIMA’s Inside Licensing, and the complete report, including regional and country-by-country breakdowns for major markets, will be available to LIMA members for free later this summer. Brandar Consulting conducted the survey for the fourth straight year.