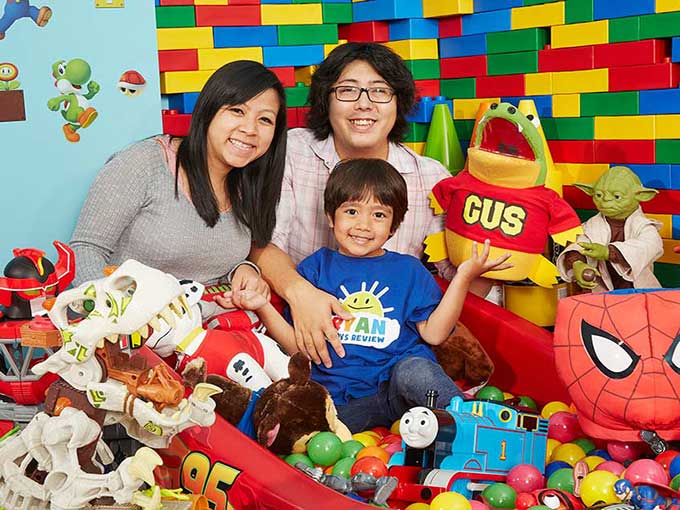 New data from California’s Tubular Labs shows that Ryan ToysReview once again retained the top position as the leading overall creator in the global kids space, with 876 million views on YouTube in April. The toy-review platform also led the category in March (with 858 million views) and in February (with 898 million views).

Tubular tracks and analyzes data from eight million video publishers, three billion videos and the habits of more than 400 million viewers. A full picture of Tubular Lab’s April data is below: 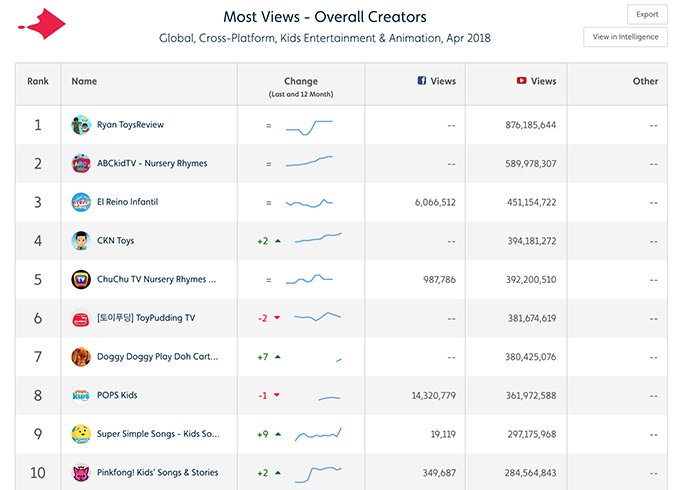