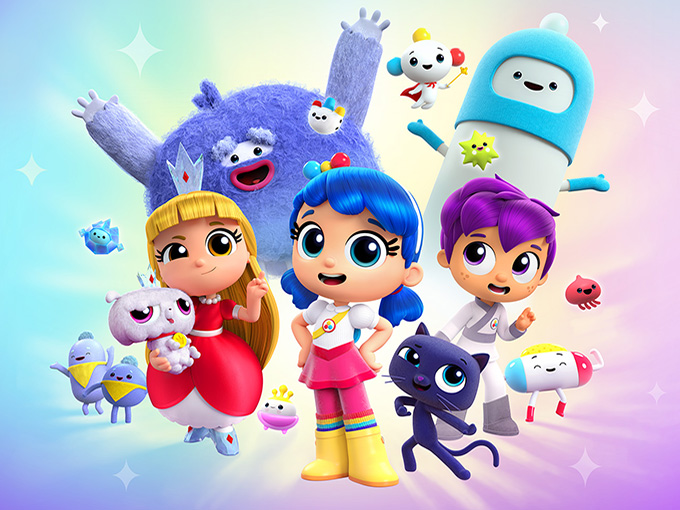 Toronto’s Guru Studio is ready to launch the first consumer products inspired by its Netflix Original preschool series True and the Rainbow Kingdom.

According to Guru Studio’s president and creative director, Frank Falcone, collectibles will be at the heart of the upcoming toy line. Each collectible character has its own magical power, which is reflected in the range’s design.

“The magic power the characters have on the show is informing how the collectibles are constructed and what they’re made of,” Falcone tells Kidscreen. He adds that different materials were used to create a tactile representation of each figure’s personality and powers. For example, some figures will be translucent to reflect their underwater powers, while others are made with glitter to represent their ability to make things sticky.

True and the Rainbow Kingdom premiered globally on Netflix in August 2017. The show follows eight-year-old True and her best friend Bartleby the cat as they work to help the citizens of Rainbow City. The show’s second season is set to bow this summer, and the streaming giant ordered a third season of the toon last September. Five months later, Canadian public broadcaster CBC/Radio Canada acquired the show’s first two seasons.

True and the Rainbow Kingdom is produced by Guru Studio in partnership with Pharrell Williams’ label, I am OTHER, as well as fine art collective FriendsWithYou and animation studio Home Plate Entertainment.