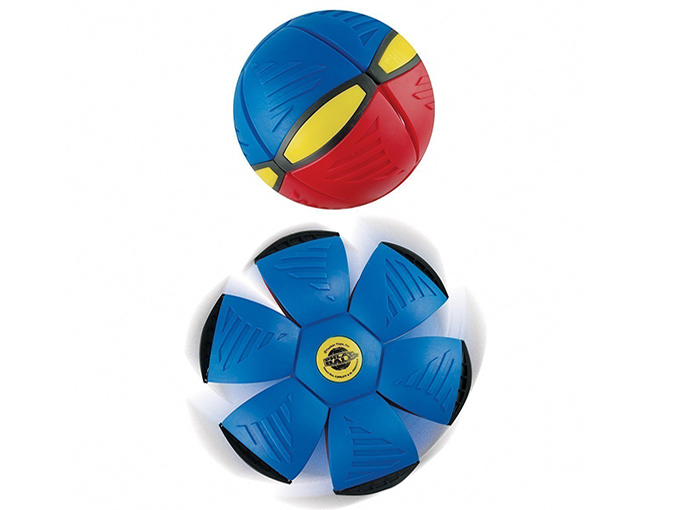 The Netherlands-based company has acquired New Jersey's Tucker as it continues to grow its outdoor and sports offerings.

Dutch toy and gaming company Goliath has acquired New Jersey-based toyco Tucker, which is best known for its Phlat Ball (pictured) outdoor toy that transforms from a flying disc to a ball when thrown.

Moving forward, Tucker will operate as an ideation and R&D center within Goliath. All international distributor agreements for Tucker will remain in effect under the deal, and retailers will continue to be serviced by their existing distributors.