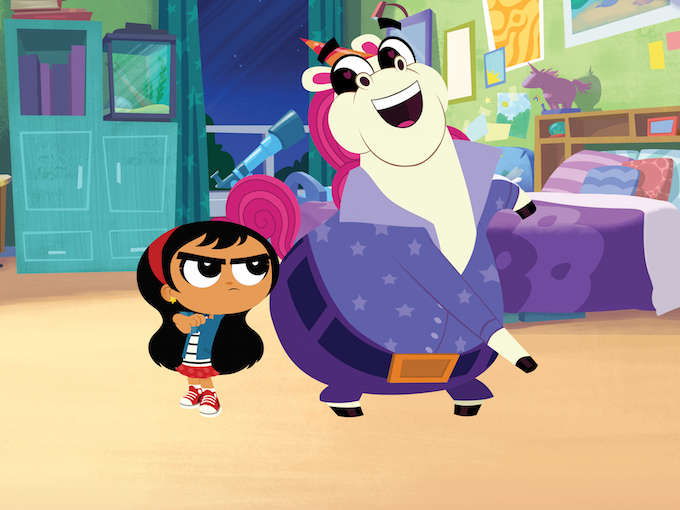 California’s Sonar Entertainment has tapped Centa IP to serve as global licensing agent for its animated series Go Away, Unicorn!

Go Away, Unicorn! follows a girl named Alice and her unicorn as they go on adventures and learn about friendship. The series is set to air on Disney Channel worldwide and Corus-owned kids channel YTV in Canada this fall. The 52 x 11-minute show is based on the book of the same name by Emily Mullock. Dan Signer (ANT Farm, Some Assembly Required) developed the series and serves as both showrunner and executive producer.

Sonar acquired the show when it scooped up the assets of Toronto and LA-based Tricon Films & Television after the indie producer and distributor declared bankruptcy in 2016. In addition to Go Away, Unicorn!, Tricon’s slate included the popular series Counterfeit Cat.