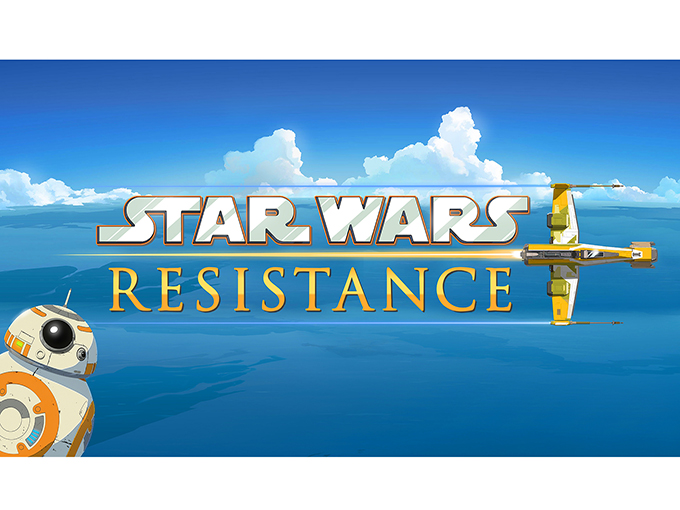 The House of Mouse has ordered anime-inspired Star Wars Resistance for Disney Channel US and Disney XD worldwide.

Star Wars Rebels showrunner and Lucasfilm Animation vet Dave Filoni is heading back to a galaxy far, far away with Star Wars Resistance, a new anime-inspired Star Wars series set to premiere on Disney Channel US this fall.

The original series, which will roll out worldwide on Disney XD following its US debut, centers around a young pilot named Kazuda Xiono who is recruited to spy on the growing First Order. Set in a time period leading up to the events of 2015 hit film The Force Awakens, the series will feature a number of familiar faces from the new Star Wars universe including BB-8, Poe Dameron (Oscar Isaac) and stormtrooper commander Captain Phasma (Gwendoline Christie).

According to creator Filoni (Star Wars: The Clone Wars), the inspiration for the series came from his interest in World War II aircraft and fighter pilots.

With Filoni at the helm, the series is already in production and being executive produced by Athena Portillo and Justin Ridge, whose credits both include Star Wars: The Clone Wars and Star Wars Rebels. Brandon Auman (Teenage Mutant Ninja Turtles) rounds out the executive producing team, while Amy Beth Christenson (Star Wars: The Clone Wars, Star Wars Rebels) serves as art director.

The greenlight comes on the heels of the just-wrapped Star Wars Rebels animated series, which garnered critical acclaim, multiple awards and an Emmy nomination over the course of its four-season run. Its 90-minute finale on March 5 was, in fact, a season-best performance for all of Disney’s key demographics. Digitally, the final season generated 2.4 million video starts on the Disney XD app and DisneyNOW, plus more than 3.2 million VOD transactions.