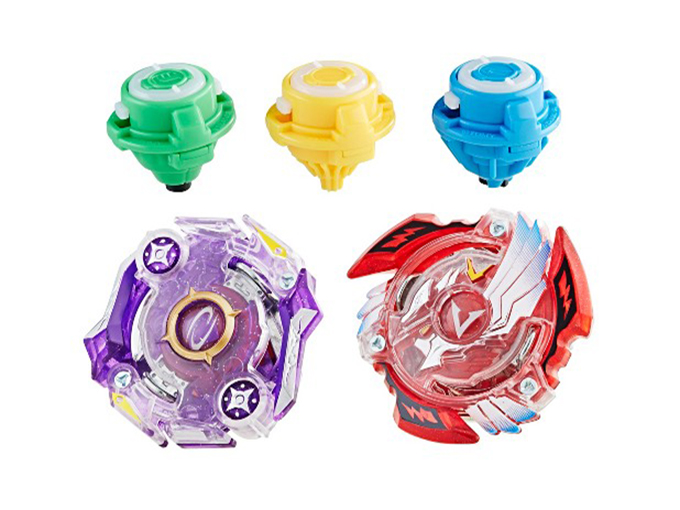 Products inspired by the brand will be available in children's meals at more than 35,000 Subway restaurants worldwide.

US entertainment company Sunrights has partnered with Subway Restaurants to bring the Beyblade Burst brand to Subway’s children’s meals worldwide.

The agreement will see more than 35,000 participating Subway restaurants feature a Beyblade Burst-inspired launcher and two spinning tops in their Fresh Fit for Kids meals. The promotion launches in the US today (after having first rolled out in New Zealand and Australia in March), and will eventually expand to include Canada, Aruba, Austria, Bahamas, France, Germany, Iceland, Ireland, Liechtenstein, Luxemburg, Sweden, Switzerland and the UK.

Animated series Beyblade Burst Evolution follows a group of Bladers as they battle each other in an effort to become the best in the world. Disney XD and Canada’s Corus Entertainment recently renewed the show for a second season.

Master toy licensee Hasbro, meanwhile, released the Beyblade Burst Switchstrike in the US and Canada in January. Additionally, the toyco released updates to its Beyblade Burst app. d-rights handles the rights for the property in Asia and the Middle East, while Sunrights handles activities outside of Asia.