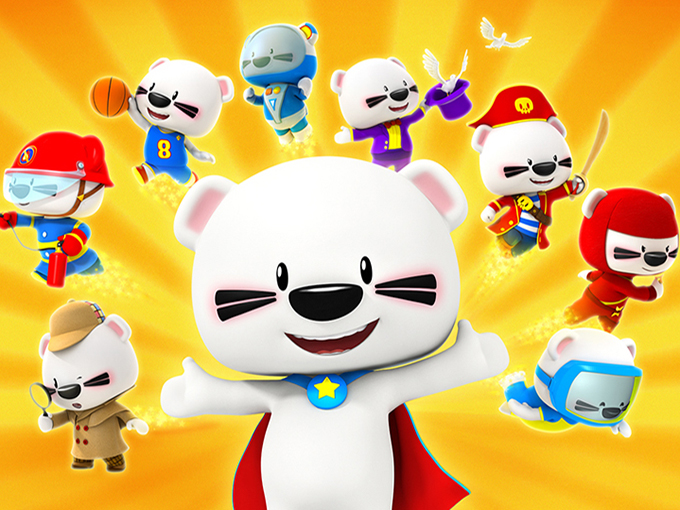 The Corus-owned company has also inked a first-look deal with Super BOOMi producer Up Studios.

Corus Entertainment’s Nelvana has picked up global distribution, licensing and merchandising rights to Up Studios’ animated series Super BOOMi. The companies have also entered into a first-look, multi-year agreement to co-develop and co-finance new properties that will appeal to Chinese and international audiences.

Created by Up Studios CEO and founder Trevor Lai, 52 x 11-minute Super BOOMi follows an animated bear and his friends as they learn and play in a virtual reality game universe. The deal covers all territories except mainland China, Hong Kong, Macau and Taiwan.

Nelvana will work with Up Studios and Chinese tech company Tencent to launch the show’s content and licensing program internationally, while Nelvana also plans to create new lines of consumer products based on the property in various global markets.

According to a release, the series is close to surpassing one billion views on Tencent’s video streaming site, Tencent Video. (Tencent is also putting season three and four of Super BOOMi into production.) The first two seasons of Super BOOMi has also already been licensed to several national and regional television broadcasters in China, including on Hunan TV and KAKU.

The series also has a multi-year partnership with the Intercontinental Hotel Group, with themed hotel rooms and products in more than 80 Holiday Inn hotels in Mainland China, Hong Kong, Macau and Taiwan, in addition to previous collaborations with Apple, Shanghai’s Museum of Contemporary Arts and the Wanda Group.