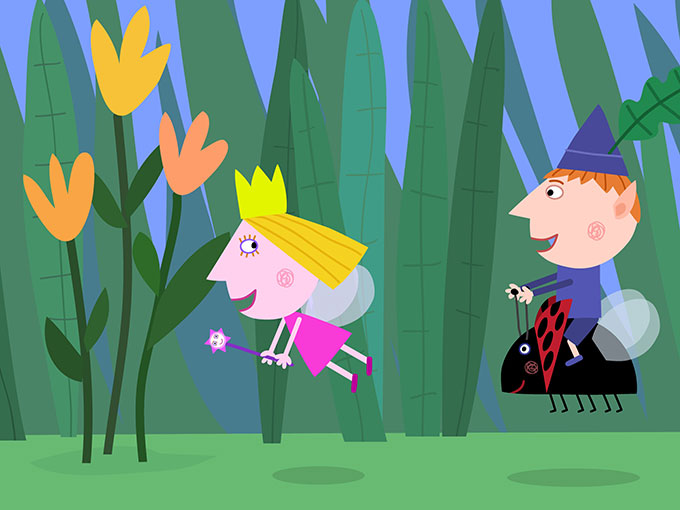 A new broadcasting and licensing deal with iQIYI will see the preschool series land in China next month.

Following a multiplatform deal with Entertainment One (eOne), China’s iQIYI will premiere Ben & Holly’s Little Kingdom on its VOD platform next month and manage the preschool property’s licensing rights in the region.

L&M efforts will kick off with a publishing program this summer, followed by a larger retail rollout in multiple categories later this year.

Centered around Princess Holly and her friend Ben Elf in the magical Little Kingdom, the animated series was created by Astley Baker Davies and currently airs in 130 countries. Licensing programs have already been established in the UK, the US, Canada, Brazil and Mexico. The series was also recently snapped up by HBO Europe for its HBO GO streaming service in Central Europe.

eOne has been making a big push for its preschool series in China as of late, launching PJ Masks in the region on iQIYI as well as fellow VOD platforms Tencent and Youku. eOne’s Peppa Pig brand, meanwhile, also recently teamed up with Alpha Group to launch an extensive toy line in the region.