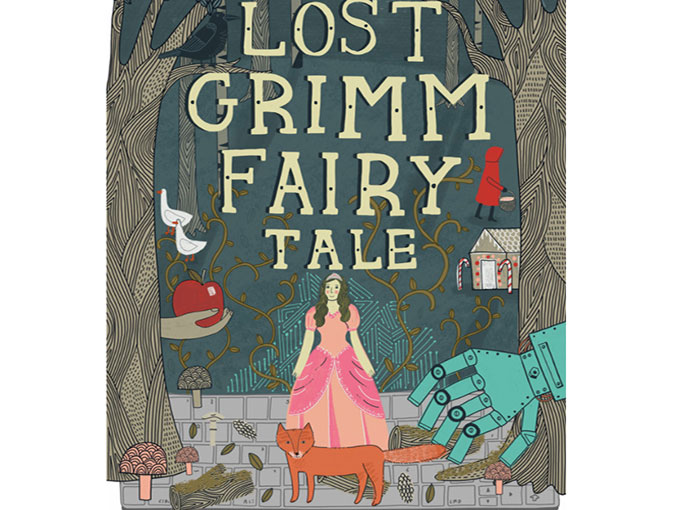 Calm's newest kids bedtime story, The Princess and the Fox, was written in collaboration with a company that uses AI to create new forms of writing.

The story commission is the latest addition to Calm’s growing digital library of more than 90 all-ages Sleep Stories, which includes a kids section featuring 23 titles.

To develop the first “new” Brothers Grimm fairytale in 200 years, Calm teamed up with Botnik—a community of writers, artists and developers that uses machines to shape new forms of writing.

The writing process began using Botnik’s Voicebox predictive text program, which was trained to imitate the brothers’ writing style with suggested words and phrases. Three human writers, including Botnik CEO Jamie Brew, then used the suggested phrases and sentences, along with their own imaginations and Calm’s story editors, to roughly shape the story of The Princess and the Fox.

The resulting effort tells the story of a talking fox who helps a lowly miller’s son rescue a princess from having to marry a prince whom she does not love.

The Princess and the Fox follows Botnik’s AI-written, satire-infused Harry Potter book, Harry Potter and The Portrait of What Looked Like A Large Pile of Ash, which went viral last year. It also comes as AI voice assistants and AR tech properties continue to take the kids biz by storm.

As for Calm’s ascension, the company was founded in 2012 by ex-Mind Candy CEO Michael Acton Smith and fellow British entrepreneur Alex Tew. Offshoots of the brand include a book published by Penguin in 2015, audio Sleep Stories in 2016, and an all-natural aromatherapy sleep spray that launched last year. The company also has a second book by Penguin in the works, and plans to expand into clothing, homeware and the hotel industry.

To date, the Calm app has generated more than 22 million downloads and was recently named both Apple’s App of the Year (2017) and Editor’s Choice (2018) by Google Play.