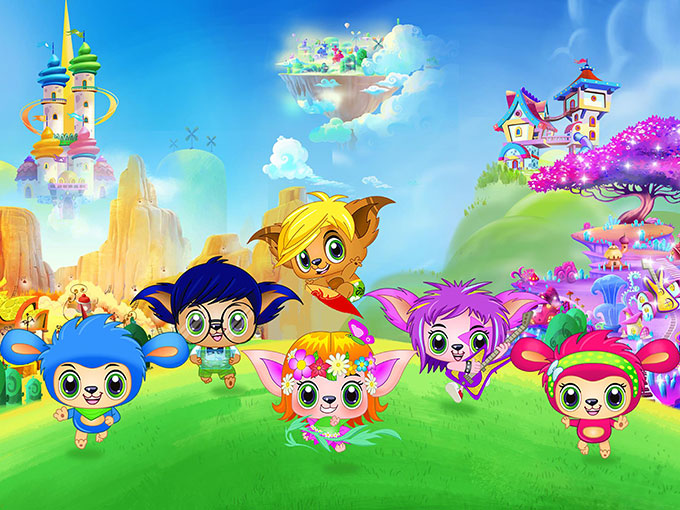 Created by Herotainment under the leadership of founder and co-CEO Wade Teman, Smighties initially launched in 2014 as a mobile card game entitled Mighty Smighties. Two additional apps—Smighty Sweeper and Smighty Stack—arrived in 2016 and 2017 respectively, and together the three titles have generated more than two million downloads worldwide.

In a hunt for fresh IP, Toonz approached Herotainment to co-develop and co-produce a 39 x seven-minute series exclusively for YouTube and the YouTube Kids app. “Herotainment had more than 100 characters when Toonz came on board, so we worked on narrowing things down to six main leads,” says Paul Robinson, CEO of Toonz-owned distribution company Imira Entertainment.

Led by an Emmy-winning writing team—whose credits include DuckTales, Winnie the Pooh and Super Wings—Toonz and Herotainment developed characters, storylines and a magical world that didn’t exist in the Smighties games. Secondary characters hailing from five different regions were also incorporated into the series, which debuted on the brand’s YouTube Channel and on YouTube Kids in English, French and Spanish in July 2017. Within six months, the toon had amassed more than 15 million views.

With a growing online audience, a 78 x seven-minute TV series was put into production featuring more polished character designs, a brand-new villain and more complex storylines. Smighties’ linear version broke through this past January with a deal between Imira and Discovery’s DKids channel in 25 Middle Eastern territories.

According to Robinson, 15 other broadcasters are currently reviewing the show and have shown strong interest. “We hope to announce some new deals very soon, and we hope to get Discovery on board in other parts of the world, too,” he says.

On the licensing and merchandising front, Toonz and Herotainment are in early discussions with various licensees and agents in North America, China, Europe and South America. “We see potential in collectibles, toys, apparel, stationery and possibly even publishing,” says Robinson. “Toys for Christmas 2019 would be a really good prospect, but it’s a long journey away. Until then, you have to keep the energy up.”