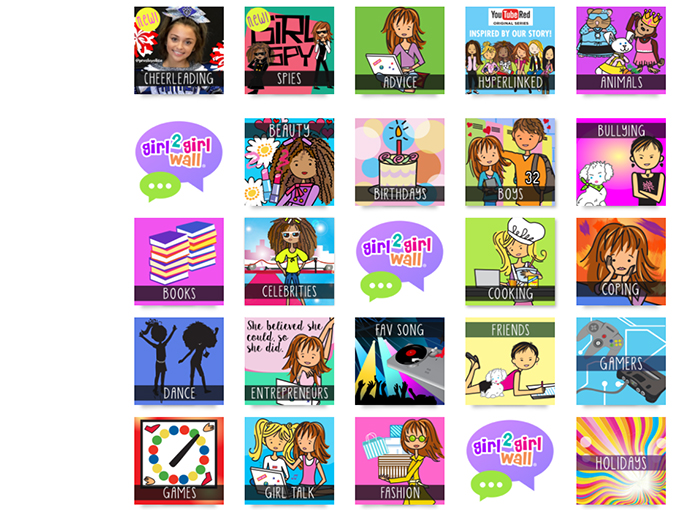 Developed by Sprint division Pinsight Media and available for both iOS and Android devices, the free COPPA-compliant app provides a platform for girls ages eight to 14 to express themselves, ask or answer questions and create content. Users can also talk about various issues in more than 35 chat groups, with topics ranging from pets, celebs and friends, to boys and bullying.

All user-generated content is screened by human monitors to ensure that there is no bullying, hate language or swearing used within the space.

Girl2Girl Wall follows in the footsteps of Miss O and Friends, a site Blake created in 2005 as a hobby when she was 16 years old. It’s now the number-six ranked girls-only website, according to Amazon Alexa Data. Blake has also expanded the Miss O brand into publishing with Miss O & Friends: Write On! The Miss O & Friends Collection of Rockin’ Fiction, featuring a compilation of user-generated stories.

Hyperlinked, meanwhile, is inspired by the true story of the entrepreneur’s founding of Miss O and Friends. The STEM-focused series bowed in May 2017 on YouTube Red and Disney’s YouTube channel as part of Disney Digital Network.