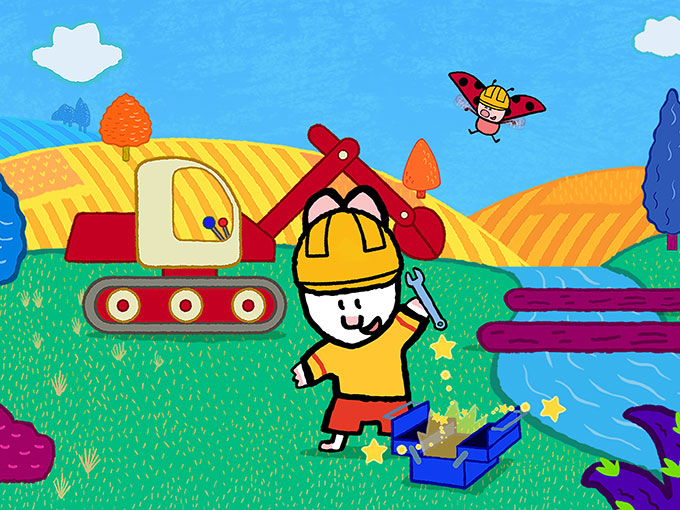 France TV loads up on Louie

The French broadcaster has commissioned new series Louie & Yoko Build, an adaptation of the flagship Millimages series Louie Draw Me.

France Télévisions has commissioned a new series from Millimages to tell more stories around the characters featured in its Louie Draw Me series.

Swapping his pencil case for a toolbox in the new 78 x seven-minute adaptation, Louie and his friend Yoko will be teaching kids lessons with a bit of magic on the side. Directed by Eric Gutierrez (Piccolo & Saxo, Talis, Ethelbert the Tiger), the preschool series will be produced by French prodco Millimages.

Louis and Yoko Build will have big shoes to fill. The original Louie series (117 x seven minutes) has aired on France Télévisions since 2007, and was at one time or another broadcast in more than 20 languages across more than 200 territories. Some of its key broadcast partners include Netflix and Amazon (which picked up the series in 2015 for the Latin America and the UK, respectively), Qkids (US), PlayKids (US), Hopster (UK), PinkFong (Korea), Bluepin (Korea) and DBstar Lekan (China). The show has also racked up more than 100 million views on YouTube, and it currently airs on linear broadcasters Nickelodeon (outside the US), France 5, CBeebies (UK), ABC (Australia), Super RTL (Germany) and TVO (Canada).

Lately, though, Millimages’ focus has been on its other rabbit-starring series Molang. The company recently signed a deal making e-commerce giant Alibaba the property’s exclusive licensing agent in Mainland China. And Molang has also hopped onto Chinese SVODs Tencent, Youku, Tudou and Mango TV.