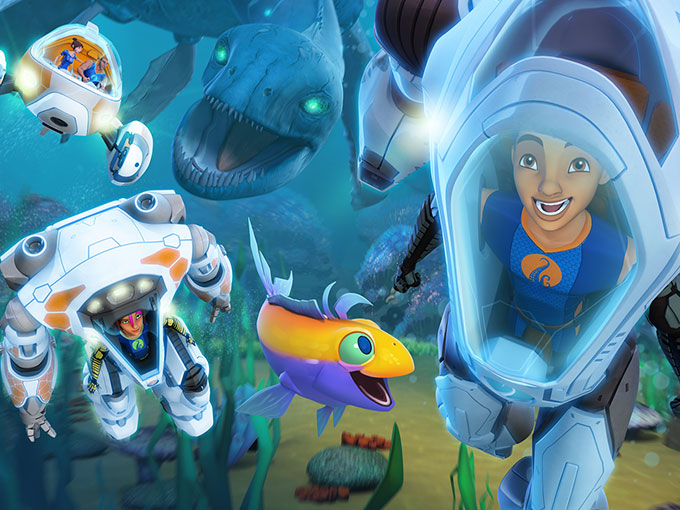 The UK publisher will create a series of books based on DHX Media/A Stark Production/Technicolor animated co-pro.

London’s Bloomsbury Children’s Publishing has signed on as publishing partner for The Deep, following a deal brokered by the IP’s licensing agent, DHX Media-owned CPLG. Bloomsbury will produce young fiction, official handbooks and activity-based books, with the first titles set to be released in August.

Currently airing in more than 130 global markets, The Deep was originally optioned by Nekton Productions and is based on the graphic novel series of the same name by DC Comics author Tom Taylor (Injustice: Gods Among Us) and artist James Brouwer (Justice League Beyond). The Deep’s original comics were published by Wolfgang Bylsma and Skye Ogden’s Gestlalt Comics.

Australia’s ABC Me recently greenlit a third season of The Deep from co-producers DHX Media, A Stark Production and Technicolor. Comprised of 13 x half-hour episodes, season three will also be available on Netflix worldwide, and on DHX Media’s Family CHRGD in Canada.