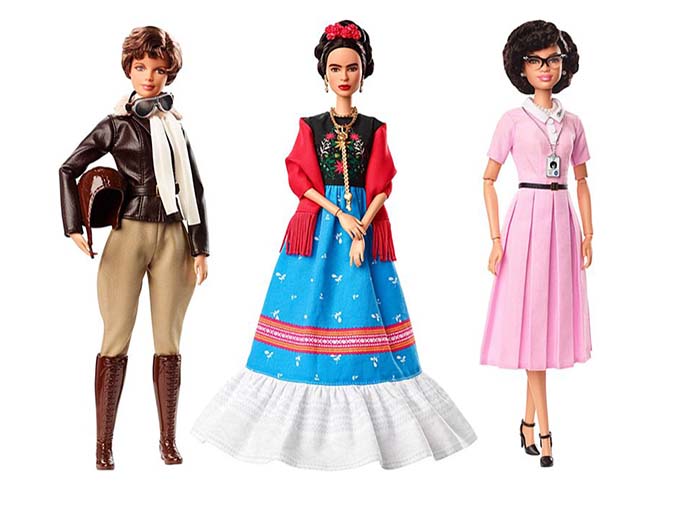 In honor of International Women’s Day on March 8, Mattel is shining a spotlight on historical and modern female role models with a number of new Barbie dolls.

Launched in 2015, the Shero program has previously honored women including sabre fencer Ibtihaj Muhammad, director Ava DuVernay and model Ashley Graham, who were deemed “Sheroes” and given a one-of-a-kind doll made in their likeness.

Barbie will also introduce an Inspiring Women doll line featuring historical playthings that come with educational information about the contributions each honoree made to society. The first three dolls in the series (pictured) are aviator Amelia Earhart, artist Frida Kahlo and mathematician Katherine Johnson.

According to a survey commissioned by Mattel and conducted by market research company OnePoll, 81% of moms worldwide are worried about the their daughters’ role models. This statistic comes as the toyco continues to expand the Barbie brand through its Fashionistas range, which features varying body types and skin tones. Additionally, Mattel recently bolstered its partnership with US computing platform Tynker in an effort to teach 10 million kids how to code by 2020. The companies’ newest initiative will infuse Barbie into seven different coding lessons designed to teach girls computer science and programming principles.