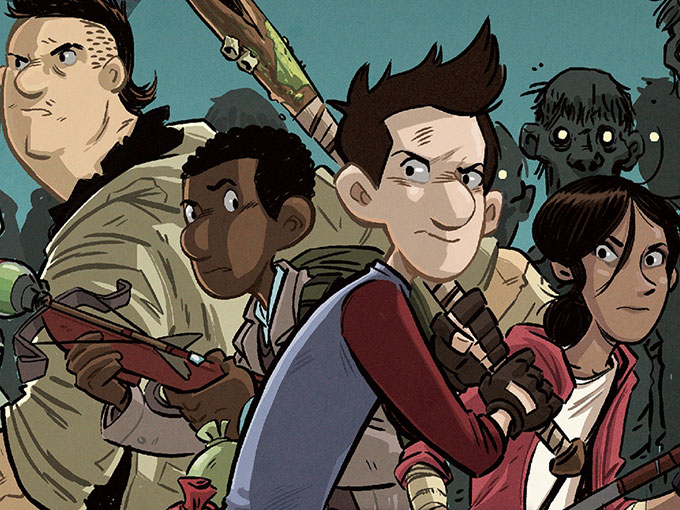 Netflix takes on The Last Kids on Earth

Atomic Cartoons' upcoming show is based on the book series of the same name by author and executive producer Max Brallier.

Netflix has acquired worldwide rights to Atomic Cartoons’ animated adventure/comedy The Last Kids on Earth, which is currently in production at the Vancouver, Canada-based studio.

The project, based on Max Brallier’s book series of the same name, is expected to launch on the streaming service in 2019.

In September, Thunderbird-owned Atomic announced it had optioned rights to Brallier’s book series and was developing it for television. The TV adaptation is being executive produced by Brallier alongside Jennifer McCarron and Matthew Berkowitz of Atomic. Brallier is also penning the series with screenwriter Scott Peterson (Phineas and Ferb).

The show follows 13-year-old Jack Sullivan and a group of suburban middle-schoolers who live in a decked-out tree house and battle zombies in the aftermath of a monster apocalypse.