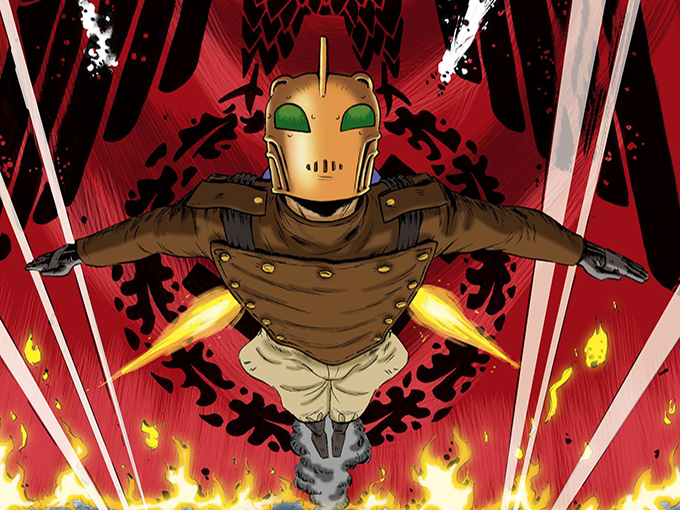 Disney Junior rides with The Rocketeer

Based on the popular Rocketeer comic book series, the House of Mouse's latest female-powered toon is set to debut on Disney Junior in 2019.

Disney Junior has started production on The Rocketeer, a new animated series inspired by Dave Stevens’ popular comic book series of the same name (pictured). The House of Mouse’s rebooted version will follow a young girl who is next in line to become the Rocketeer—a superhero with a rocket-powered jet pack.

Set to debut in 2019, the series will target kids ages two to seven and their families. Each ep will feature two 11-minute stories as well as an original song. The Rocketeer will be produced by Wild Canary in association with Disney Junior, and Nicole Dubuc (Transformers: Rescue Bots) will serve as executive producer.

News of The Rocketeer comes as Disney continues to focus on girl-powered series. Just yesterday, Disney Channel ordered a fourth season of Star vs. The Forces of Evil (which follows the adventures of a teen princess as she explores new dimensions) and greenlit two original series with female protagonists—The Owl House and Amphibia—which will also premiere in 2019.

Female representation in media is an especially timely topic. Research from the Geena Davis Institute on Gender in Media has found that 83% of film and TV narrators are male, and that female characters show dramatically more skin than their male counterparts. Along with Disney’s push to put girls front and center, shows like Nickelodeon’s Nella the Princess Knight and Sunny Day are working to turn that tide.

Amphibia, Disney Channel, Disney Junior, Star vs. The Forces of Evil, The Owl House, The Rocketeer