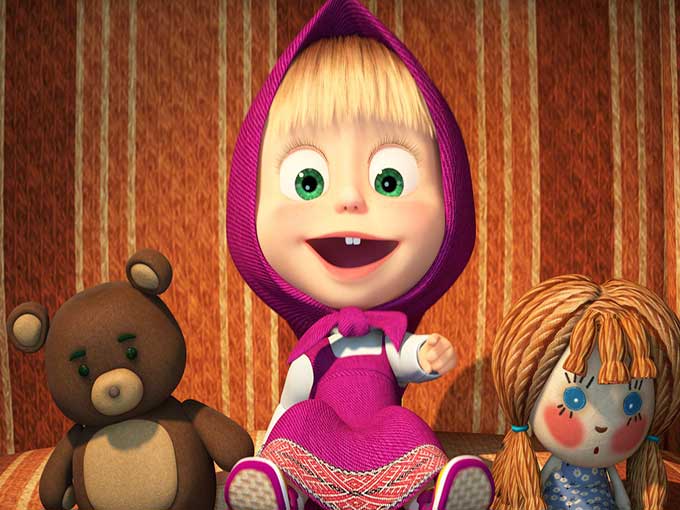 Kids social views dominated by Masha and the Bear

According to the latest data from California-based Tubular Labs, which provides online video intelligence to more than 170 brands and media companies, Masha and the Bear (pictured) led the list of the top global media and entertainment company creators in the kids space last month, with more than 394 million views on YouTube. (Tubular Labs tracks and analyzes data from more than eight million video publishers, three billion videos and the habits of more than 400 million viewers.)

The top 10 was rounded out by Blippi, which boasted more than 120 million YouTube views, along with Nickelodeon and Videogyan 3D Rhymes – Nursery Rhymes & Baby Songs, both of which had more than 114 million views on the platform.

And while children under the age of 13 are legally restricted from using Facebook, Tubular Labs also tracks video views on the social network for a number of kid-centric content creators. In January, POPS Kids took the top spot with more than 4 million views on Facebook (up from second place in December 2017).

A full picture of Tubular Labs’ January data can be seen below: 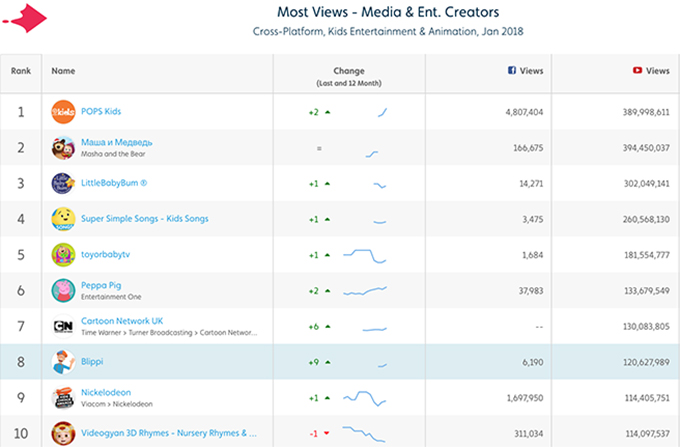