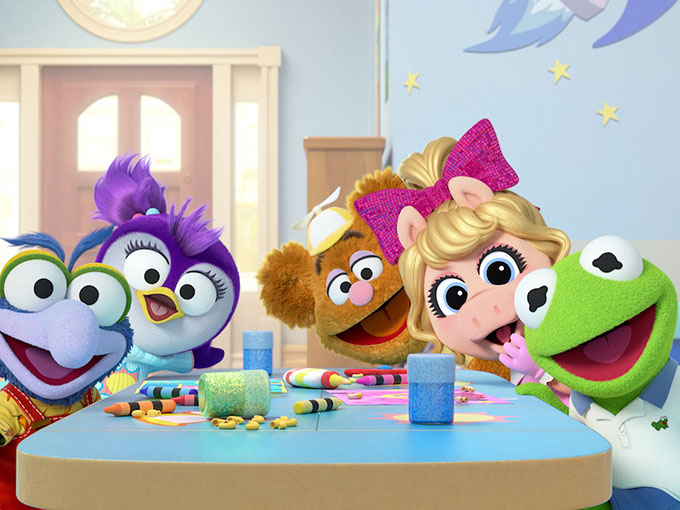 The rebooted animated series will debut on March 23 on Disney Channel and the DisneyNOW app, with a soundtrack set to launch digitally today.

The House of Mouse is set to premiere its rebooted Muppet Babies series on March 23 on Disney Channel and DisneyNOW with two back-to-back episodes. In addition, the series’ soundtrack is being digitally released today by Walt Disney Records.

Based on the original Muppet Babies series that ran from 1984 to 1991, the reboot will feature CGI-animated versions of Kermit the Frog, Piggy and Gonzo. New characters will include Summer Penguin, and guest appearances are set for Statler and Waldorf, Bunsen and Beaker, Rowlf the Dog, Rizzo and Dr. Teeth.

Muppet Babies is a co-production between Disney Junior, Disney Consumer Products and Interactive Media’s Publishing and Digital Media group, and The Muppets Studio. Tom Warburton serves as executive producer, with Eric Shaw (SpongeBob SquarePants) on board as story editor and co-producer. The original series was co-produced by Marvel Productions and The Jim Henson company, before Disney picked up rights to the Muppets characters in 2004.

The rebooted series was announced in 2016. Set in a playroom, every 22-minute episode will use the Muppet Babies’ imaginations to transport the characters into fantasy sequences using collage, comic book, classic cartoons and live-action footage.