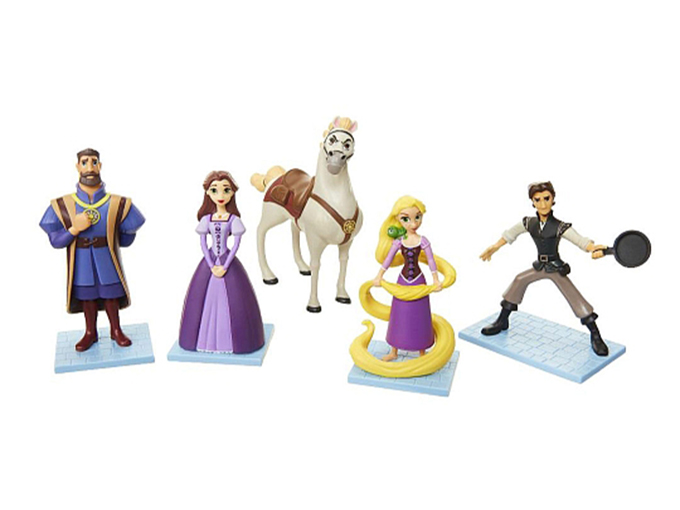 The US toymaker reported net sales of US$613.1 million for the year, with declines attributed to softness among its legacy products and the Toys "R" Us bankruptcy filing.

Fiscal 2017 saw declines for Star Wars, Frozen and Tsum Tsum, but those losses were partially offset by strength in various DC Comics products, Moana, Squish-Dee-Lish and Tangled (pictured). The company reported that multiple factors contributed to the losses, including Toys “R” Us filing for bankruptcy protection and softness among a number of legacy products lines that were not offset by new launches.

Moving forward, Jakks Pacific plans to expand its retail private label programs and exclusive product initiatives in 2018. There will also be a continued focus on skincare and cosmetics with C’est Moi, Jakks’ proprietary cosmetic brand for tweens. The company’s expectation for 2018 is to grow sales modestly and return to profitability (Jakks Pacific reported losses in Q3, Q2 and Q1 of 2017).

According to the toymaker, Hong Kong Meisheng Cultural Company Limited expressed interest in January to buy additional shares and bring its holdings to 51% of Jakks’ shares. A committee of independent members of Jakks Pacific’s board of directors has been formed to evaluate the expression of interest.