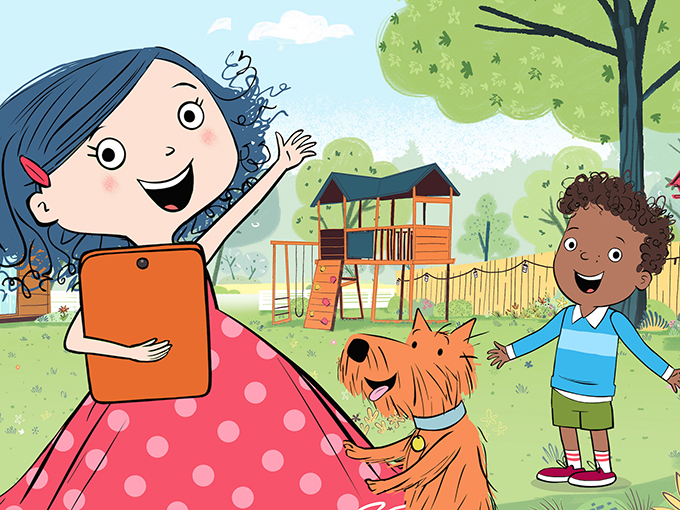 The series created by Randi Zuckerberg, Industrial Brothers, The Jim Henson Company and the CBC has sold to the LatAm kidcaster.

Nat Geo Kids Latin America has picked up Industrial Brothers and The Jim Henson Company co-pro Dot. to begin airing on its TV channel and app on March 19. The animated series is based on the popular children’s book of the same name by Randi Zuckerberg, and is meant to inspire responsible digital engagement.

Produced in association with the Canadian Broadcasting Corporation, the 52 x 11-minute series follows a tech-savvy eight-year-old who solves problems with her friends and dog.

Matthew Fernandes, Arthur Spanos and Tammy Semen of Industrial Brothers, Lisa Henson and Halle Stanford of The Jim Henson Company, and Randi Zuckerberg all serve as executive producers. The Jim Henson Company handles media rights to  the series outside of Canada, as well as all consumer products rights to the property worldwide.

Dot. was recently renewed for a second season, which is set to air on CBC and Universal Kids in the US this fall. It will also stream exclusively on Hulu in the US at the same time. Dot. has also been circling a number of global broadcasters in countries like Ireland, Finland, Israel, Australia and Korea.