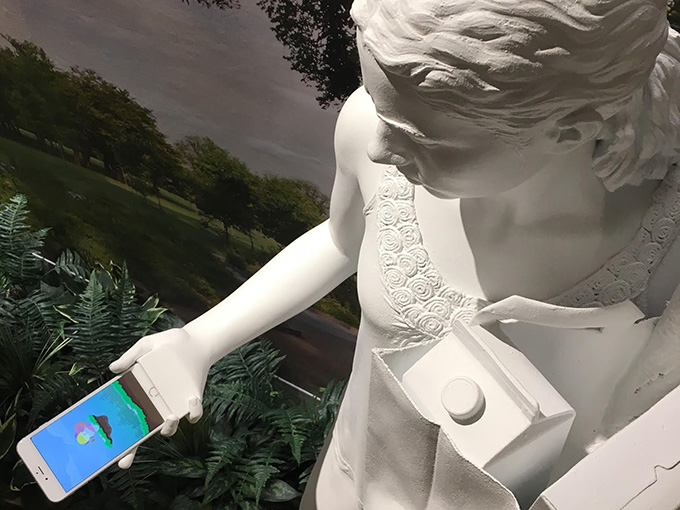 Ethical media design for kids is a great idea, and it’s having a moment. Two weeks ago, a group of academics, researchers and content developers gathered in Helsinki for a “talkoot,” a Finnish concept where a group works intensively in a concentrated time toward a single goal. In this case, it was to draft a design guide for kids media, rooted in rights and ethics.

This week, Common Sense Media and the Center for Humane Technology held a symposium in Washington, D.C. to launch a new joint initiative. There was, however, something lost in translation that was representative of a day-long event that struggled to find its focus. The program is called “Big Tech, Young Minds: A Roadmap for Kids’ Digital Well-Being,” but the event title was more chillingly titled “Truth About Tech: How Tech Has Kids Hooked” (complete with classic image of a child in a darkened room, face lit only by the screen).

The road to well-being is being twisted through some pretty scary neighborhoods. The founding document, the opening welcome and various panels often used the term “addiction.” There is no designation in the American Psychiatric Association’s key diagnostic document for technology or media addiction (only a listing of “internet gaming disorder” as a condition warranting further research). One speaker, Dr. Robert Lustig, did cite several conditions underlying behavioral addictions (as opposed to substance addictions), but that remains his assessment, not a psychiatric standard.

Perhaps all were using the term as shorthand or parroting what many (including kids) say casually (such as, “I’m addicted to my phone”). One speaker, in talking about learning moderation, said “Doritos are addictive.”

The danger is that an organization devoted to “unbiased information and trusted advice,” and at an event titled #TruthAboutTech, has a responsibility to use precise and meaningful terms, and debunk ambiguous ideas likely to cause parents anxiety. Much of the event was devoted to how technology monetizes attention; however, by using “addiction” loosely, Common Sense and Humane Technology gave free rein to press to use the clickbait term in its headlines and articles. This only amplifies a problem they seek to curb.

For a news and politics junkie like me, the event was a fascinating dive into how we’ve built media empires so large, complex and opaque that they can be manipulated in ways that affect our public and private discourse. I was totally engaged by Senator Mark Warner, Congressman John Delaney and Senator Edward Markey discussing how the public trust is being twisted by content and data manipulation, much of it not a hack but a perverse use of what the systems are designed to do.

Their talks, however, dealt with children somewhat glancingly, referring to past regulatory efforts (COPPA, for example) and with the customary platitudes (“children are 25% of our population, but 100% of our future”).

To be fair, the best, most concrete outcome from today was that Delaney and Markey jointly will introduce legislation to mandate a major National Institutes of Health study. Per Markey, “We need to understand the negative impact of these technologies on kids.” I only hope they won’t ignore the positive impacts, too.

Children always provide a good flag to wave when it comes to issues being argued at a higher level (for example, “Save Big Bird” as the emblem of US public media funding). For the most part, though, the problems and the points of impact are over the heads of kids. These are, for the present, C-Suite decisions about the overall mission, strategy and engagement model for vast companies.

For that reason, there wasn’t a lot to take away today for content creators or designers of children’s media. When there was conversation about kid-specific content, it pinballed back and forth across age groups. The teen social dynamics of the “like” economy and PBS KIDS as an alternative to vagaries of YouTube came up within a minute of each other. No speaker or panel took on the needs, abilities and vulnerabilities of young people at specific developmental stages. (Needless to say, there was therefore no discussion of the fact that there are no entirely ethical, sustainable financial models for children’s interactive media. We’ll save that for another day.)

And there lies the great positive potential of the Common Sense Media collaboration with the Center for Humane Technology. The Silicon Valley pioneers who now recognize the flaws in what they’ve build have the practical know-how to guide creators in design for ethical engagement, inside companies big and small. But, they don’t know kids (founder Tristan Harris admitted as much to me).

Common Sense Media talks with families constantly, and so has an understanding of kids and families beyond the “Silicon bubble.” It has the best, tried and true rubrics for evaluating and describing media to parents in practical terms. The two organizations, together, can create an “endless loop” for good by fostering better, more kid-friendly products from industry, building demand for them among families, then feeding the results back into the development process. That model enables Common Sense to do what it does best, without tainting its trusted reviewer status because its advocacy brings it into conflict or congruence with the companies it’s evaluating.

Something unusual happened in recent weeks, when Common Sense went from check-marking Facebook’s Messenger Kids for ages 10 and up, to condemning it as a signatory to the Campaign for a Commercial Free Childhood letter demanding that it be discontinued (and upping its recommendation to 13+). Nothing changed in the app it had objectively reviewed, so what changed inside Common Sense?

Despite my critiques, I don’t want to minimize the very real issues raised by the Center for Humane Technology. They’re global, grown-up problems, but they have powerful implications for children. I’m a great believer in Lisa Guernsey‘s “three Cs:”quality in children’s media experiences depends on content, context and the individual child. Do existing engagement mechanisms skew content and context? Are the child’s needs subservient to the needs of the model?

That’s why it’s critical for children to be more than abstract signposts on the “roadmap to digital well-being.” If we’re to make a difference, they have to be understood as the diverse, developmentally-distinct individuals who inhabit the minds and consciences of the best kids media developers.