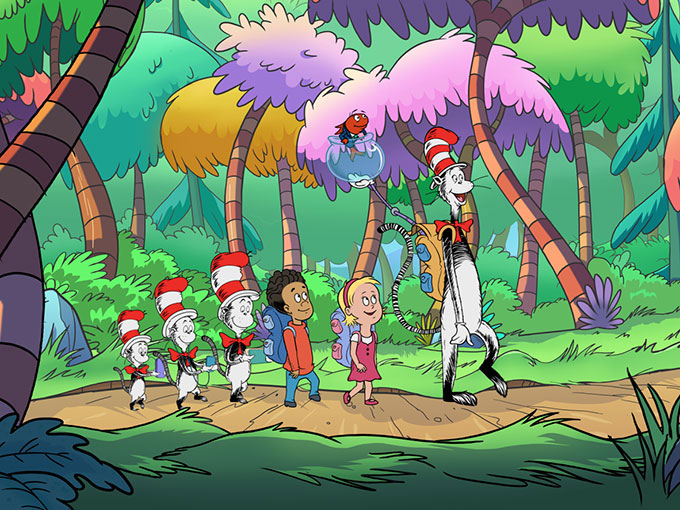 The Canadian producer/distributor has also announced deals for DOKI, Freaktown and other properties.

Toronto’s Portfolio Entertainment has secured a raft of international sales for its kids series, including The Cat in the Hat Knows a Lot About That and Freaktown.

Irish pubcaster TG4 has acquired the second season of The Cat in the Hat Knows a Lot About That (26 x half hours), along with three one-hour Cat in the Hat movies and the first season of Portfolio’s newly acquired preschool series Bub and the Little Owls (26 x 11 minutes).

Meanwhile, Portfolio’s animated comedy Freaktown (26 x half hours), aimed at kids ages six to 11, has been picked up by 1HDTV in Russia and Israel’s Channel 8. Also heading to Israel are the third season of The Cat in the Hat Know a Lot About That and the newest seasons of STEM-series Cyberchase (20 x 30 minutes), which will air on HOP!

Cat in the Hat season three will head to RTP in Portgual, Spain’s BR360 and South Korea’s CJ E&M, with South Korea also adding seasons one and two of Do You Know? (50 x 15 minutes). SVOD Pureflix also picked up season one of Do You Know for the US.

In addition, Portfolio announced new deals for DOKI, with the first season of the Portfolio-produced preschool series (13 x 30 minute) heading to UR in Sweden. KiKA in Germany also picked up three DOKI specials, as well as the second season of Cat in the Hat.