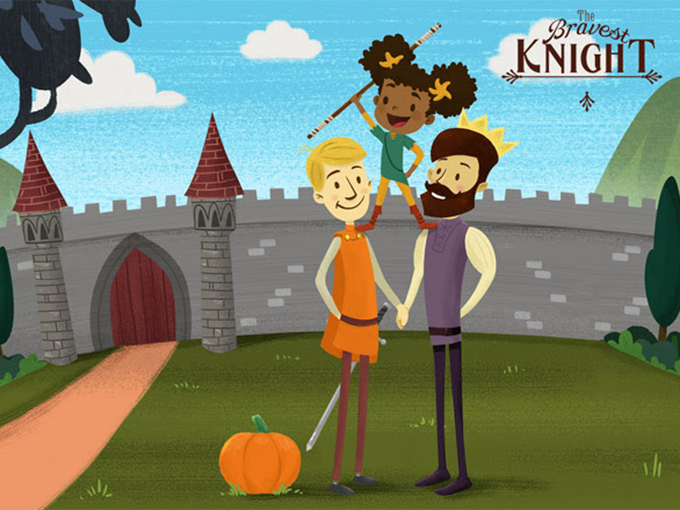 LGBTQ representation in the kids space is getting a boost, thanks to new Hulu/Big Bad Boo series entitled The Bravest Knight.

Hulu’s modern fairytale short, entitled The Bravest Knight Who Ever Lived, tells the story a young pumpkin farmer, Cedric, who becomes a courageous knight and chooses to marry a prince after saving him from a fierce dragon. The narrated short is based on a book by bestselling author Daniel Errico. Big Bad Boo’s The Bravest Knight animated series continues Sir Cedric’s story as he recounts his adventures to his ambitious daughter, showing her the challenges that she will face on the way to knighthood.

The series, which is produced and directed by Big Bad Boo president and co-founder Shabnam Rezaei (16 Hudson, Lili & Lola), is currently in production and set to stream on Hulu later this year.

The Bravest Knight reinforces Hulu’s ongoing commitment to commission diverse and inclusive stories for kids and families. The order comes as Hulu continues to ramp up its premium kids content library having recently announced it will revive classic ’90s toon Animaniacs in partnership with the show’s original producers—Warner Bros., Steven Spielberg and Amblin Television.