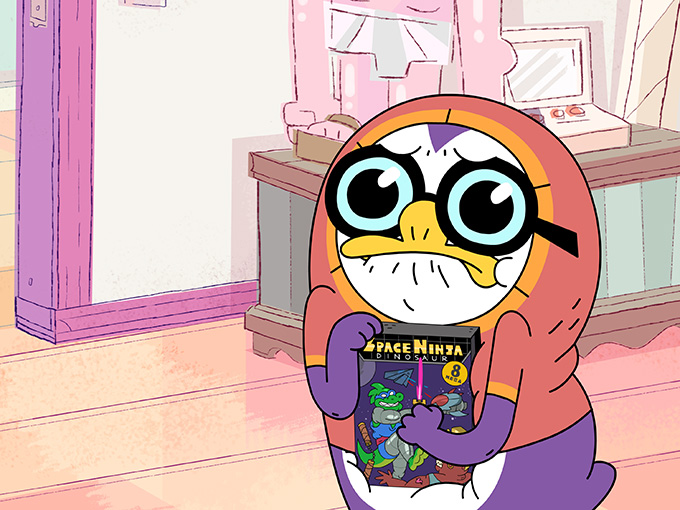 The new eps, which are expected to be delivered in April 2019, mark the first-ever Brazilian/Indian co-production for an animated series. The deal was mediated by Brenda Wooding of US prodco Kid Glove, the series’ international distributor.

Created by Brazilian director, animator and illustrator Pedro Eboli (Cupcake and Dino: General Services, Monster Pack), the 13 x 11-minute comedy for kids ages six to 11 follows the misadventures of a pop culture-obsessed, school-aged penguin who was adopted and raised by human parents.

Cartoon Network LatAm acquired Birdo’s first 13 episodes of Oswaldo in 2013 and bowed the series in Brazil this past October. Oswaldo finished the year as one of the network’s top-five most-watched shows in 2017 for kids ages four to 11, according to Brazilian ratings tracker Ibope. Brazilian free-to-air network TV Cultura also picked the series up in 2013 and premiered it last October.

Launched in 2005 by Luciana Eguti and Paulo Muppet, Birdo is known for creating the mascots for the Rio 2016 Olympic and Paralympic Games. The studio’s subsequent 32 x two-minute series, Vinicius e Tom: Divertidos por Natureza, featuring the mascots became a ratings leader for Cartoon Network Brazil that year. Birdo has also provided service work for the likes of Disney XD, Nickelodeon International and Entertainment One.

The companies’ co-production alliance comes as Netflix, Teletoon and Disney ready the launch of Cupcake and Dino: General Services, a new Birdo original from Eboli made in partnership with eOne Family.