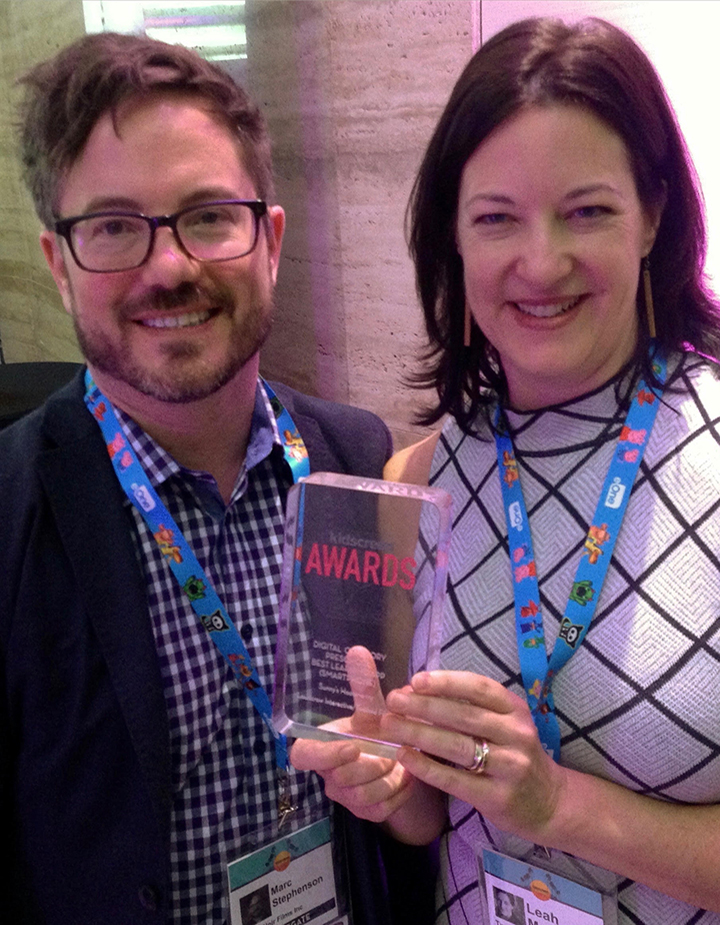 All In and open for business

All In Pictures co-founders Marc Stephenson and Leah Mallen share long-term goals for their brand-new Vancouver prodco, including original IP development and a potential future in distribution.

Vancouver, Canada-based producers Leah Mallen and Marc Stephenson are upping the ante when it comes to their involvement in children’s entertainment.

The pair recently founded All In Pictures, and the new prodco has hit the ground running with two kid-centric projects currently in development. “Both Marc and I have been independent producers in Vancouver for many years, so we’ve known each other for a long time,” says Mallen, who previously served as head of development at Reunion Pictures and has produced content through her company Twofold Films. “We’ve marketed such diverse properties, including films, online content, documentaries, TV series, and, more recently, apps. The industry is not just about linear content. It’s really about the 360-degree approach to storytelling.”

With that mindset in place, Mallen and Stephenson are taking interactive apps they previously developed based on the Windy & Friends books and turning them into a full preschool series. Windy & Friends, based on the children’s stories by Robin Mitchell Cranfield and Judith Steedman, is now in development in partnership with Vancouver’s Kickstart Productions (Fruit Ninja).

“Leah and I have been working together closely for seven or eight years, but the Windy apps brought us together in new way,” says Stephenson, whose credits include The F Word and The Burning Feeling. “Our skill sets are complementary and we decided we wanted to push into the kids TV space. We want to establish All In Pictures as a place where artists’ creativity can feel completely protected and where their voices will be heard.”

And Windy & Friends writer Jennica Harper (Cardinal) is one of those voices. Mallen and Stephenson are also collaborating with digital producers Wasabi Entertainment (Weirdwood Manor) on the animated kids series Mary & Lamb, which Harper created. The toon offers a tongue-in-cheek take on classic nursery rhymes.

“We’re excited to work with Jennica, because she’s such a great creative force,” Mallen says. “She’s a mom, and what prompted me to go towards the kids industry was that I became a mother myself. I think sometimes when you become a parent you’re inspired to create content because you’re so close to what your kid is viewing and thinking.”

No broadcasters are currently attached to Windy & Friends and Marry & Lamb, though Mallen and Stephenson will be shopping the shows at this month’s Kidscreen Summit in Miami.

“We’re definitely looking to have some series in production next year,” Stephenson says. “We’re focused on getting one or two television show orders so we can move forward and establish our relationships in that space. Long-term goals would include more television, feature film and online content, and expanding our business into other elements like merchandising.”

Mallen adds that distribution could also be on the prodco’s plate in the coming years, either through partnerships with distribution companies or by hiring someone with expertise in that area. Ultimately, both producers agree that their ultimate goal moving forward is to develop and create their own IP.