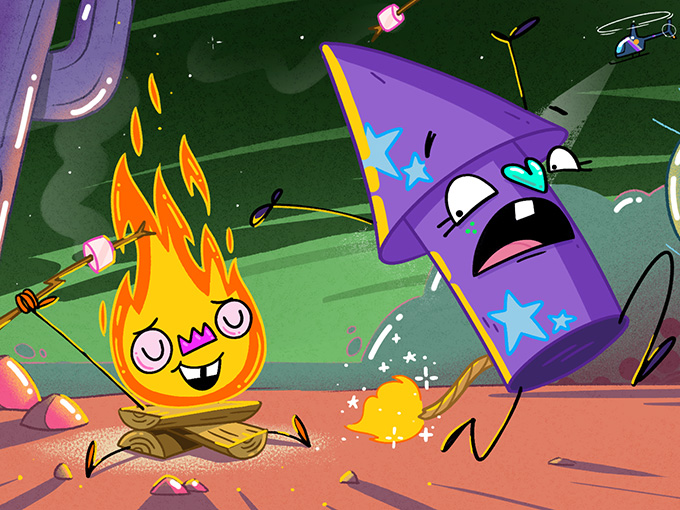 The 78 x seven-minute animated TV series version of the digital-first concept, which attracted a lot of attention at Cartoon Forum 2017 in Toulouse, France, follows two best friends who spend their time comparing the best things of all time because they can transform themselves into whatever they want, once per day.

The series for six- to 11-year-olds comes with an online chat game that lets friends make funny comparisons and vote on what is the best thing ever for any given situation. The game is currently beta testing on Facebook’s Messenger gaming platform with a select group of titles.

On the lookout for pre-sales and commissions across linear and digital platforms, Eye Present (Xephos and Honeydew, the Yogscast) and Gigglebug will present a pilot, a full animatic and the IP’s bible at Kidscreen Summit in Miami this month.