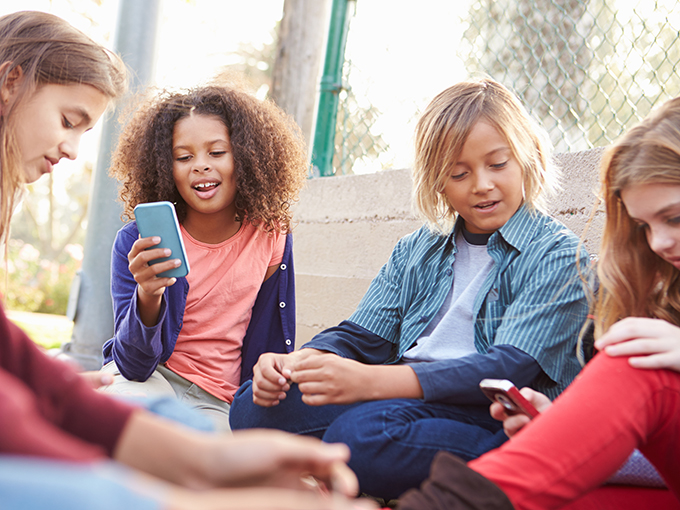 Majority of UK kids watch video on devices over TV

Research agency Childwise has found that, for the first time, most UK kids and teens are viewing video content on their personal devices instead of traditional TV sets. It also reveals which on-demand platforms, apps and vloggers are leading the pack.

The latest study from independent market research agency Childwise reveals that personal devices have overtaken TV screens for the first time as the preferred way for UK five- to 16-year-olds to watch programs, videos and short clips.

According to the new 2018 Childwise Monitor Report, which surveyed 2,000 kids in schools across the UK, fewer than three in 10 say that their viewing is mostly on a traditional TV set. UK kids and teens also spend more than two and a half hours per day watching content, a marginal increase over last year. In today’s SVOD world, binge-watching is also on the rise with half watching back to back episodes at least weekly.

The data also found that children watch more content per day as they age— five- to six-year olds view around two hours of video content and 13 and 14 year olds take in more than three hours. Interestingly, 15 and 16 year olds view slightly less content than the younger teen cohort.

Looking at gender, boys ages 13 and 14 watch the most daily content at three and a half hours on average, while one in six boys say they watch more than six hours per day. Overall, boys watch 2.7 hours of content a day versus 2.5 for girls, although the gap has narrowed since last year.

In terms of kids’ on-demand viewing habits, YouTube remains the most preferred platform. In last year’s Childwise Monitor Report, YouTube was the most popular VOD service over second place Netflix. The latter also made the favorite website/app list for the first time this year with 2% of children choosing the service.

Snapchat is the second favorite website/app for kids ages seven to 16. It’s used by 55% of the demo, up from 46% last year. It’s also the leading platform for teenagers stay in touch with their friends. Instagram, meanwhile, is used normally by more than half of UK kids and teens, an increase over 2017, while Whatsapp usage has increased significantly this year with two in five saying they use it. Twitter and Facebook continue to drop in popularity with only 2% of children choosing the former as their favorite and only 4% saying they prefer the latter.

As for kids’ favorite YouTube vloggers, American online star Logan Paul overtook British fashion and beauty vlogger Zoella, suggesting that children are favoring vloggers with more edge. It should be noted that the survey was completed before Paul’s controversial suicide video post in late December and subsequent blacklisting by YouTube. According to the report, kids’ favorite YouTubers, in order of popularity, are Logan Paul, DanTDM, Jake Paul, Zoella, Miniminter, Roman Atwood, Joe Sugg, The Pals and KSI.

Looking at the report’s other notable insights around children’s media consumption and social habits, kids are increasingly embracing voice-controlled devices such as Amazon Alexa, Apple Siri and Microsoft Cortana, suggesting there could be a rise in digital assistant usage in the next five years. According to the survey, children mostly use the tech to search for information. One in seven, for example, ask for help with their homework while one in nine ask to play music. 42% of children ages nine to 16 access voice recognition gadgets at home—36% for Apple’s Siri, 20% access Microsoft’s Cortana, 15% for Amazon’s Alexa and 7% for Google Assistant.