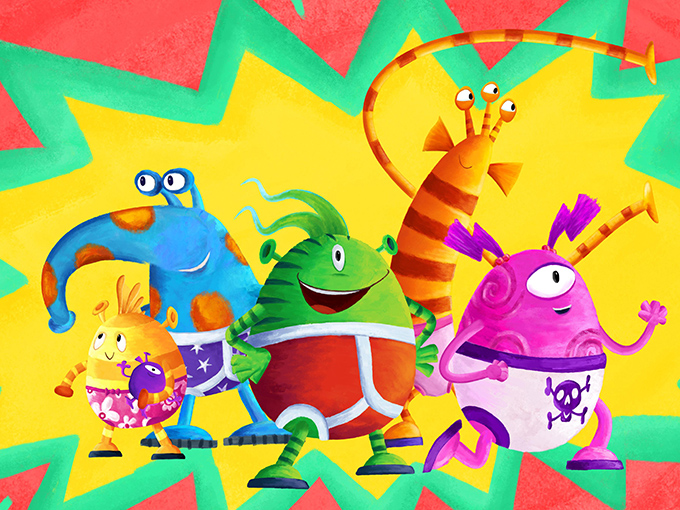 The short-form series from UK-based Tiger Aspect has launched on the DisneyNOW app and will make its linear debut on Disney Junior US at a later date.

The 12 x two-minute toon based on the popular books by Claire Freedman and Ben Cort—and produced by London’s Tiger Aspect Productions (Mr Bean, Charlie and Lola)—is currently available on the DisneyNOW app and will subsequently head to US television screens on Disney Junior.

Targeting kids ages three to six, the shorts follow five underpants-wearing aliens that sing and dance to silly songs about pets, birthdays, cupcakes and more. UK pay-TV giant Sky originally commissioned the series for Sky Kids in the UK and Ireland in May 2017. Along with linear and mobile distribution via the Sky Kids app, the series is available on all Sky Kids VOD platforms and the Now TV Kids Pass.

Last month, Sky also commissioned a game based on the IP called Aliens Love Underpants AND The Space Catapult, which is available to Sky customers via the Sky Kids app. UK-based digital agency Jollywise produced the game in partnership with Sky and Tiger Aspect.

Distribution for the series is handled by Endemol Shine International, while Endemol Shine Group serves as the IP’s licensing manager.