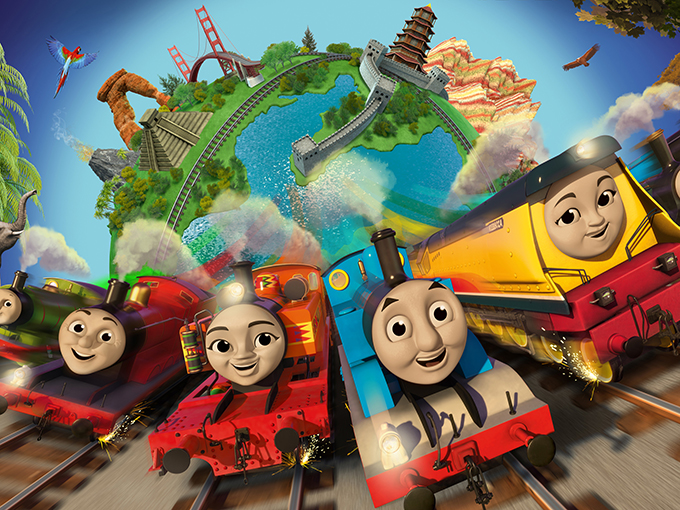 A pact between Mattel and Nickelodeon will see new seasons of Thomas & Friends move from PBS to Nick Jr. in March. Nick will also take over as the brand's exclusive US licensing agent.

Thomas the Tank Engine has taken many different directions since its inception 70-plus years ago—and now the brand is about to embark on an entirely new journey altogether.

A new US television and consumer products partnership inked between brand owner Mattel and US kidsnet Nickelodeon will see new seasons of Thomas & Friends move from its longtime PBS home to Nick Jr. in March. Additionally, Thomas-themed specials will bow throughout the year on the commercial preschool channel. Moreover, Nickelodeon will also become Mattel’s exclusive US licensing agent for Thomas & Friends across multiple merch categories, including apparel, accessories, home goods and consumer electronics.

The deal comes as the Thomas brand continues to evolve in order to stay relevant to today’s viewers. Late last year, Mattel outlined a revamped look for Thomas & Friends that will feature a variety of segments like sing-along karaoke songs and music videos. The upcoming 22nd season of Thomas & Friends (entitled Big World! Big Adventures!) also includes a lineup of more inclusive characters, and will also let Thomas speak directly to the viewer for the first time.

Of course, a more inclusive toon isn’t the only big change coming to kids’ living rooms. Moving the popular TV series from publicly funded television to a commercial broadcaster like Nickelodeon signals major changes ahead in terms of advertising the brand on screen. Mattel, for example, will be able to buy Thomas advertising for the Nick Jr. website (which will air full-length and short-form Thomas content) and create integrated promotions. And since there’s a wealth of Thomas-themed content for Nickelodeon to air—including movie specials like upcoming 80-minuter Thomas & Friends: Big World! Big Adventures! The Movie—there’s a magnitude of potential commercial and linear exposure for Mattel at hand.

Mattel has already vocalized its plans to relaunch the Thomas brand with a crop of brighter, more colorful licensed goods. New wooden and plastic playsets featuring the new places shown in Big World! Big Adventures! are slated to hit major retailers like Target, Walmart and Amazon this fall. Last August, meanwhile, Mattel rolled out My First Railway Pals, a new toy line and accompanying digital series aimed at its youngest set of Thomas & Friends fans. Railway Pals items—including toys, publishing and apparel—launched at Toys “R” Us, Amazon and Walmart in the US.

While Mattel stated last fall that it intends to work with the majority of its longtime licensing partners on its relaunched Thomas brand, the company declined to comment on how the new Nickelodeon partnership will impact the IP’s consumer products program going forward.