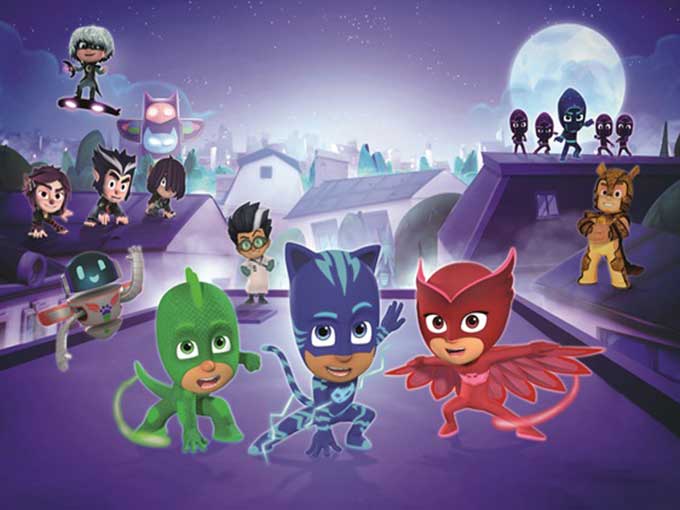 eOne and France's Frog Box are putting the show's third season into the pipeline as its CP program continues to grow.

The upcoming 52 x 11-minute season catches up with Catboy, Owlette and Gekko, kids who turn into superheroes when they put on their pajamas. The production announcement coincides with the show’s recent season two launch on Disney Junior in the US. eOne will roll out the second season on Disney Junior channels globally, France 5 and other channels in multiple international markets next month. (PJ Masks also airs on the UK’s Tiny Pop, Australia’s ABC Kids, Italy’s RAI YoYo, Brazil’s TV Cultura and Televisa in Mexico.)

Just Play, which was tapped as PJ Masks’ global toy partner in January 2016, will launch a new toy line for the series in 2018 to tie into the release of season two.

PJ Masks was a key driver of growth for eOne in 2017, with the brand’s revenue increasing more than 500% year-on-year from US$2.9 million to US$17.5 million. For the full-year period ended March 31, 2017, the company’s Family business clocked US$115.3 million in sales, driven largely by strong performances from Peppa Pig and PJ Masks.