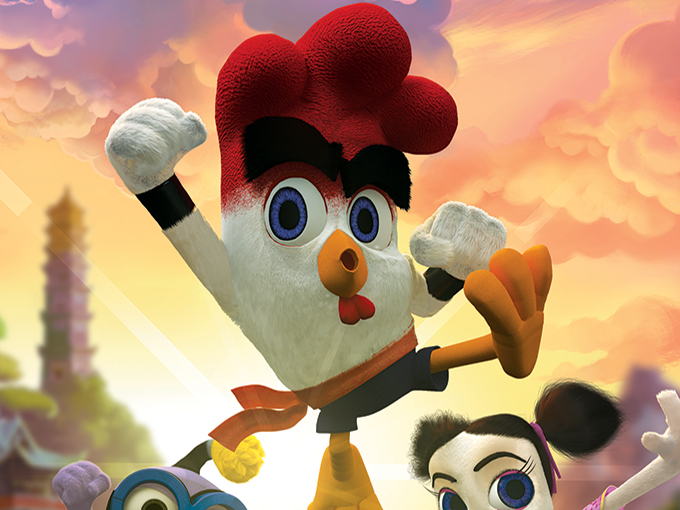 Animasia gets competitive with Chuck Chicken

The Malaysian studio has licensed Chuck Chicken characters for use in an obstacle course to mobile theme park outfit Sambill Park in Southeast Asia and China.

Designed to promote physical activity among kids, the first eight-day event will take place in Malaysia in April. More than 3,000 participants are expected to attend the competition before it moves to Indonesia.

Divided into categories based on age and gender, the course will include a rubber running track, inflatable obstacles, a slide, tunnel, tram, pool, mountain, maze, zorb ball and more. Pre-qualifying rounds will be held in select shopping malls, where schools will be invited to compete.

Global streaming rights (excluding China) for Chuck Chicken were picked up by Netflix near the end of last year. The 52 x 11-minute series takes place on an island filled with chaos and birds. Animasia recently signed a three-year agreement with Malaysian publisher Sasbadi Holdings Berhad to develop a range of activity and comic books based on the series. The toon also has a large presence in China, where it airs on CETV-1 Channel, Shenzen Media Group Kids Channel, Zhejian Television Kids Channel and Dalian Televian Kids Channel. It also airs on Disney China, Disney Southeast Asia and Nickelodeon India.